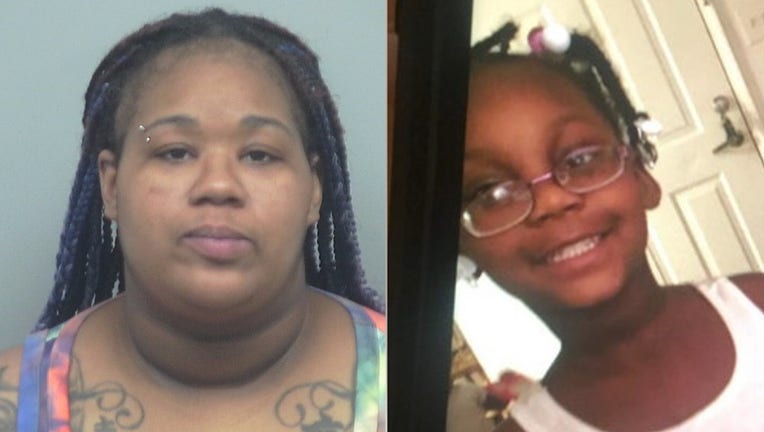 GWINNETT COUNTY, Ga. - The mother of a Gwinnett County girl whose body was found in DeKalb County days after her alleged disappearance is now facing increased charges for her daughter's murder.

Brittany Hall had previously been charged with reporting her daughter, 8-year-old Nicole Amari Hall, missing to conceal her death and first-degree cruelty to children. She is now charged with felony murder and malice murder

Hall reported her daughter missing from the Hometown Studios and Suites on Jimmy Carter Boulevard in Peachtree Corners on Sunday.

'I DID NOT SEE HER. I CALLED 911': MOTHER SEARCHING FOR MISSING 8-YEAR-OLD DAUGHTER

Brittany Hall, the mother of 8-year-old Nicole Amari Hall, whose body was found late Tuesday morning in a wooded area near the Stone Mill Trace subdivision at Stone Mill Trace and Stone Mountain Freeway, and her partner, Celeste Owen, made their first appearance in a Gwinnett County court on Wednesday. Hall is charged with concealing a death and Owens is charged with felony murder.

Speaking to FOX 5 the day before her arrest, Hall claimed she woke just before 9 a.m. Sunday to find the girl missing from their upstairs unit.

According to Gwinnett County police, investigators began to suspect foul play due to inconsistencies in the women's statements. After gathering evidence, officers arrested Hall and Owens, and say that Hall told them where they could find her daughter's body.

At a hearing last week, both women learned they would not be granted bond. Both requested a public defender.

A motive in the case has not been released.

Two other children living in Hall and Owens’ home, a 6-year-old girl and a 5-year-old boy, have been placed in state custody.