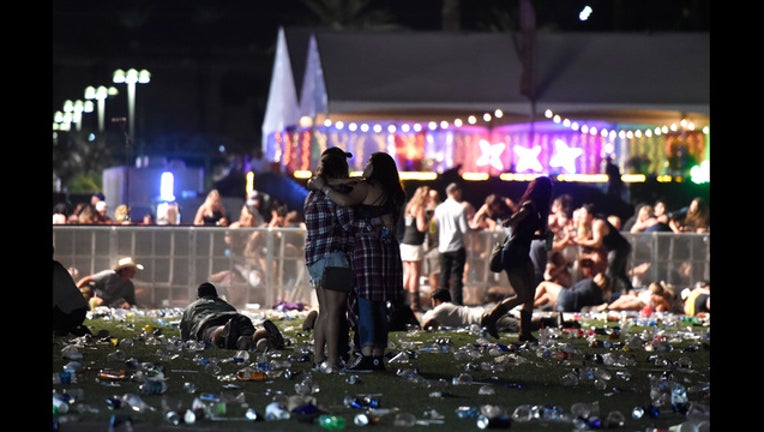 People run from the Route 91 Harvest country music festival after apparent gun fire was heard on October 1, 2017 in Las Vegas. There are reports of an active shooter around the Mandalay Bay Resort and Casino. (Photo by David Becker/Getty Images)

It is not uncommon for gun stocks to rally after mass-shooting incidents. It is believed the debate on gun control drives people to want to buy firearms before any regulations would be tightened.

Gun sales have dropped significantly since the presidential election in November, along with gun stocks. American Outdoor Brands fell 46% since the election through Friday's market close, while Sturm Ruger was down 19%.