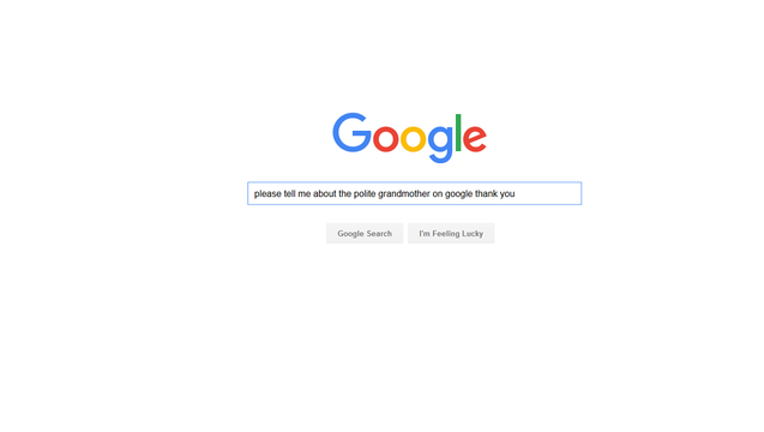 John told the BBC that he frequently uses his grandmother's washing machine because he doesn't have his own. While he was waiting on his clothes, he hopped on her computer and found her Google history thanks to the auto-complete function.

"I asked my Nan why she used 'please' and 'thank you' and it seemed she thinks that there is someone — a physical person — at Google's headquarters who looks after the searches," he told the BBC. "She thought that by being polite and using her manners, the search would be quicker."

Well, all the politeness paid off and, as it turns out, Google does sometimes give you the personal touch.