The Paulding County District Attorney has been indicted for trying to cut a deal with another prosecutor.

Georgia Attorney General Chris Carr announced the charges on Wednesday. Carr said Donovan sought to drop criminal charges against a client of the Cedartown Municipal Court prosecutor to curry favor to have charges dropped for one of his employees with whom he said he desired a sexual relationship. Carr said the dropping of those criminal charges was a bribe.

In addition to the bribery and false swearing charges, Donovan faces two counts of violation of oath by a public officer. A Paulding County grand jury handed down those charges on Wednesday. 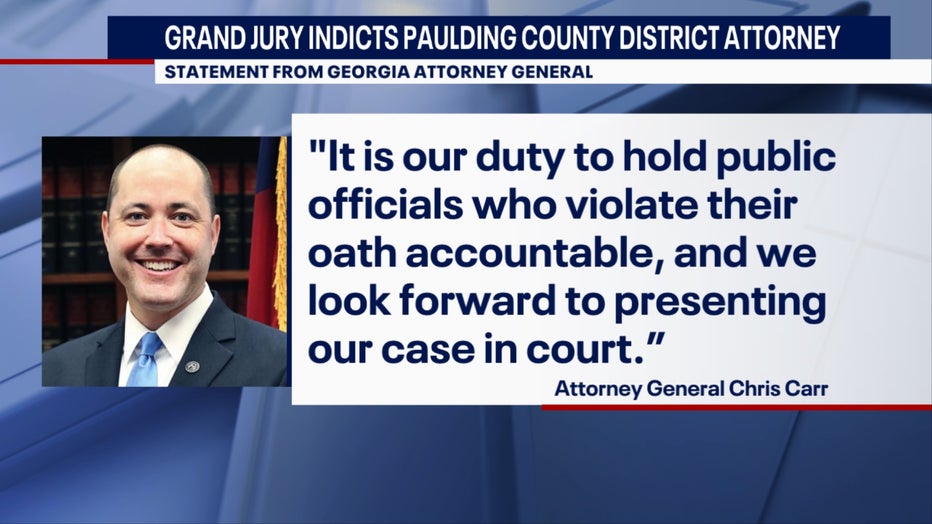 "We appreciate the Paulding County Grand Jury for their careful consideration of this case," Attorney General Chris Carr was quoted as saying in statement released shortly after the indictments were handed down. "District attorneys work for the people and swear an oath to faithfully and impartially discharge their duties. It is our duty to hold public officials who violate their oath accountable, and we look forward to presenting our case in court."

"The GBI is dedicated to investigating corruption at all levels and working with prosecutors to help lead to a successful prosecution," said GBI Director Vic Reynolds. 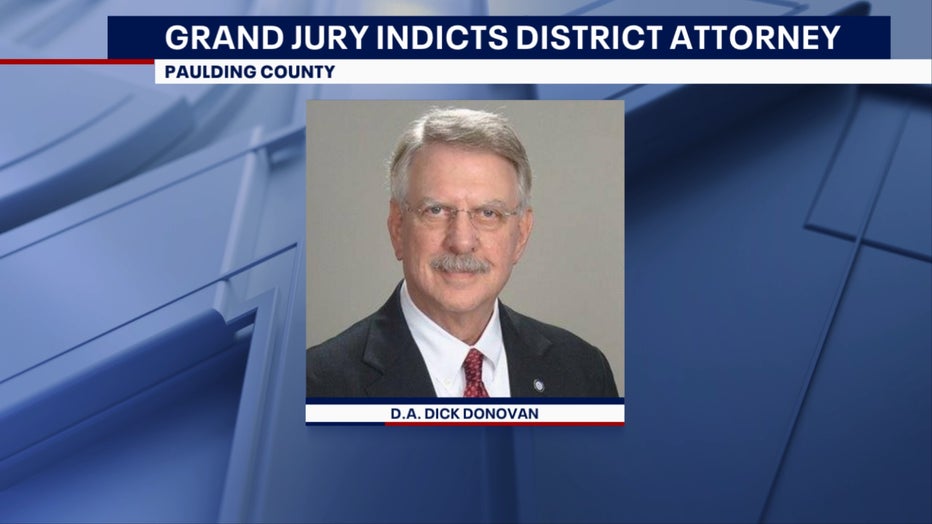 A judge will issue a warrant for Donovan’s arrest, Carr spokesperson Katie Byrd said. No date has been set for his arraignment.

Donovan declined to comment on the allegations in an email to The Associated Press. It’s unclear if Donovan will remain in control of the district attorney’s office while under indictment. Gov. Brian Kemp could appoint a three-member commission to decide whether to suspend Donovan, but spokesperson Cody Hall was unable to immediately answer whether Kemp would do so. 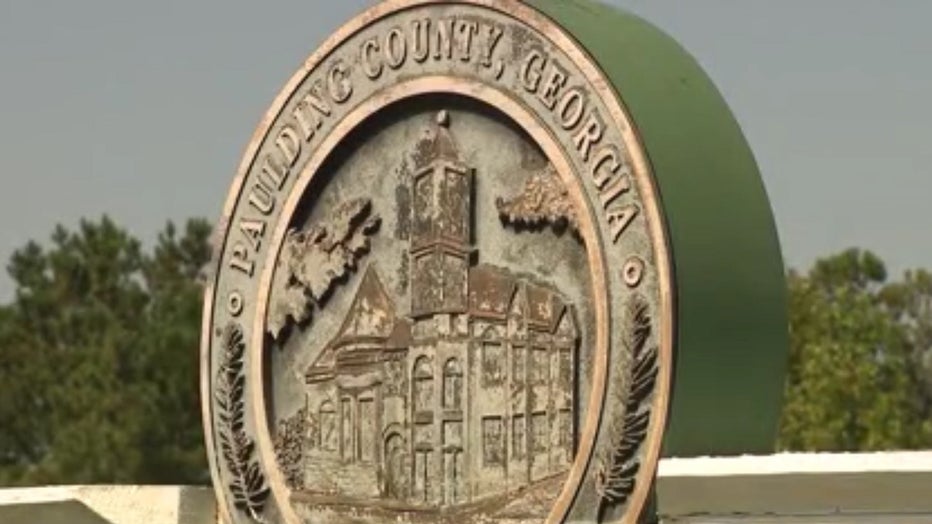 The employee filed a suit in federal court against Donovan, the county, and the state’s Prosecuting Attorneys Council in 2019 after filing a formal complaint earlier that year. That suit said that for a two-year period starting in 2017, Donovan told the woman he was in love with her, gave her unwanted hugs and kisses, sent her personal text messages and emails, gave her unwanted gifts, forced her into private meetings and described sexual fantasies involving her and his desire to have sex with her.