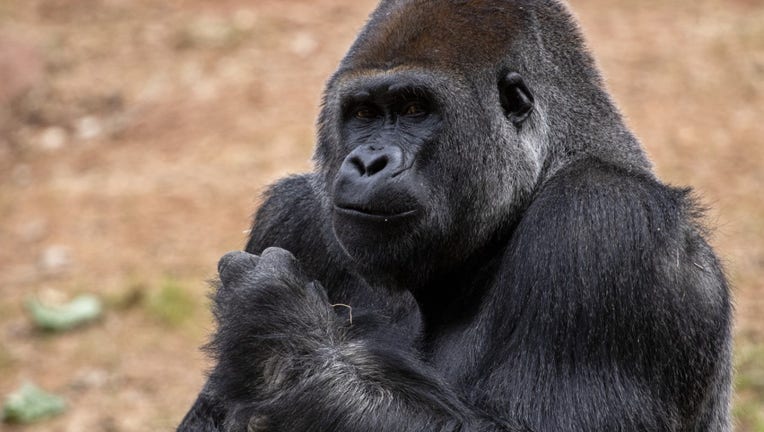 ATLANTA - At least 18 of the 20 gorillas at Atlanta’s zoo have now tested positive for COVID-19, an outbreak that began just days before the zoo had hoped to obtain a veterinary vaccine for the primates, officials said Tuesday.

Zoo Atlanta had announced the first positive tests among the western lowland gorillas on Friday after employees noticed the gorillas had been coughing, had runny noses and showed changes in appetite. A veterinary lab at the University of Georgia returned positive tests for the respiratory illness.

Zoo Atlanta says the National Veterinary Services Laboratories in Ames, Iowa, confirms that at least four of the samples from the gorillas so far have tested positive for the delta variant of the virus.

The zoo says it is using monoclonal antibodies to treat the gorillas at risk of developing complications from the virus.

Officials say there’s no evidence that the gorillas can pass the virus back to humans and visitors are too far away to be infected by gorillas.

Zoo Atlanta may be closed to the public amid the coronavirus pandemic, but that didn't stop a pair of the gorillas from getting a little silly.

Zoo officials say they believe an asymptomatic employee who cares for the gorillas passed on the virus. The employee had been fully vaccinated and was wearing protective equipment such as a mask and gloves.

"According to our guidelines for animal care staff, if they have the slightest symptoms of a cold they are to stay home," said Dr. Sam Rivera, the zoo’s senior director of animal health. "It so happens that the animal care team member, the following day she developed signs that she suspected might be consistent with COVID and was tested and was positive."

Senior Director of Animal Health at Zoo Atlanta Sam Rivera said the zoo will vaccinate the gorillas with a veterinary vaccine that it had been on the waiting list for prior to the gorillas’ positive tests.

Eight gorillas at the San Diego Zoo Safari Park were treated for the virus in January. One San Diego silverback received an experimental antibody regimen, and all recovered.