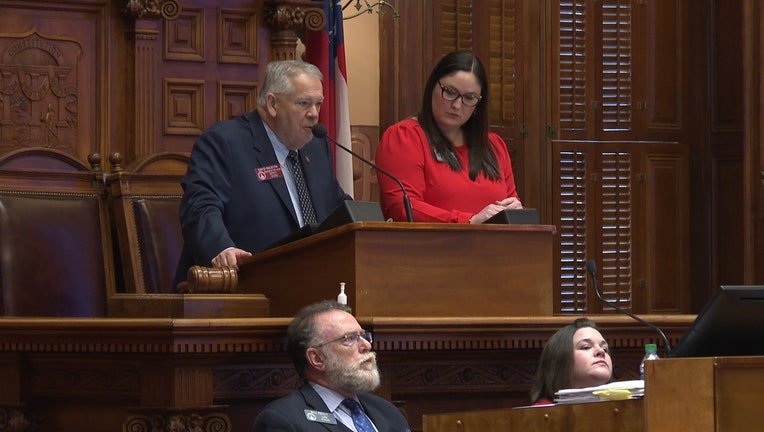 ATLANTA - Republicans chose David Ralston to return as speaker of the Georgia House for another two years Monday, supporting his leadership after the GOP retained a majority in last week’s election.

Ralston has already been speaker for 10 years, and support of Republicans is likely to guarantee him election when the General Assembly convenes in January. The Blue Ridge Republican is already Georgia’s longest-serving House speaker since Tom Murphy’s four-decade reign.

The GOP won or leads in 103 races, down from 105 of the 180 in the last term. Democrats had hoped to gain a majority after picking up many seats in 2018, but fell far short. Democrats won or lead in 77 districts.

“How does it feel to beat the odds and stand here today as a winning team?” Ralston asked. ”The blue wave, when it got to this House of Representatives, was a squirt gun last week.”

Among those present Monday was David Jenkins, a Republican who beat Democratic minority leader Bob Trammell. Fellow party members applauded him when Caucus Chairman Matt Hatchett of Dublin called him “the man of the hour.”

Republicans flicked away a challenge from Rep. David Clark, a Buford Republican, who is one of a dwindling band of rebels against Ralston’s rule. Many of those who disagreed with Ralston did not return for a new term.

Clark argued Ralston was playing defense and frittering away the Republican majority, that he was vindictive and got involved in primary races of Republicans who opposed him, that Ralston’s personal troubles including a reprimand for delaying criminal cases were dragging down the GOP and that Republicans needed to do more to win over an increasingly diverse Georgia.

“Those who look different than him, he doesn’t believe the future Republican Party is for them,” Clark said. “I completely disagree.”

Ralston acknowledged the party has problems with younger voters, but told Republicans they should choose him because of his experience.

“To navigate these next two years will require someone at the podium who has demonstrated he will stand strong for this house, who has proven he has the experience to take a punch and keep on fighting,” Ralston said.

He also said Republicans had successfully kept enough voters to maintain a sizeable majority, even as Democrat Joe Biden appeared to be winning statewide in the presidential race.

“We had a message of legislative accomplishment that resonated with voters that we needed to bring back home to our party.”

Republicans nominated Rep. Jan Jones of Milton as speaker pro tem by acclamation and kept all their previous caucus officers.

House Democrats are scheduled to meet Tuesday to select a new minority leader. Democrats and Republicans in the state Senate will meet later to select leaders. Republicans maintained a 34-22 majority in the Senate.