Emmy Award winner Gerald McRaney didn’t know much about “Filthy Rich” when he was offered the job — but he knew he wanted it.

NEW ORLEANS, La. - Emmy Award winner Gerald McRaney didn’t know much about “Filthy Rich” when he was offered the job — but he knew he wanted it.

“I knew two things about it,” the actor remembers, “Tate was involved, and Kim was involved.  And that was enough for me.”

Tate is show creator, Tate Taylor, and Kim is star and producer Kim Cattrall.  She plays McRaney’s longtime wife in the show, although in real life, the stars had never even met before the first “Filthy Rich” read-through. 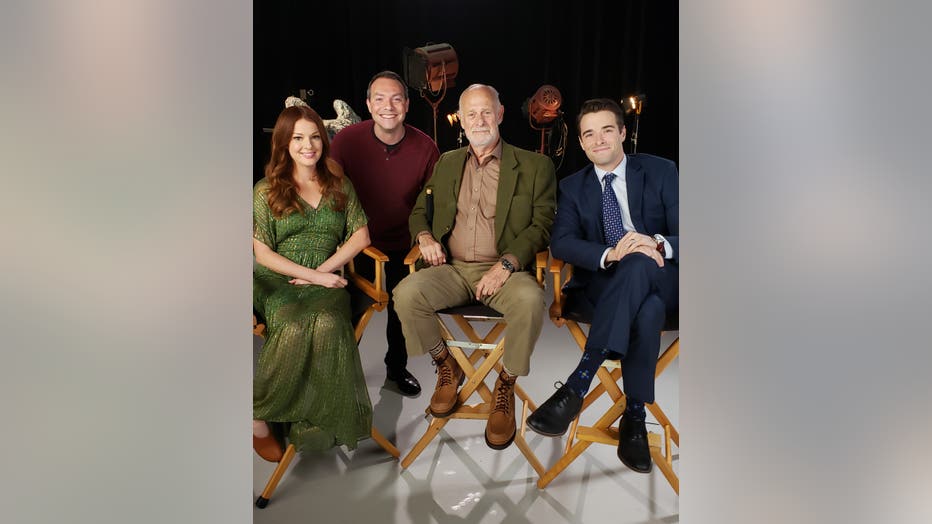 “When you’re dealing with someone that good, it just falls into place,” McRaney says of his chemistry with Cattrall.  “I mean, I have had situations where it was difficult.  Where it was uncomfortable.  But she’s, number one, so talented.  And then, number two, just so down-to-earth.  And she’s a big fan of my wife’s…that helped!”

McRaney plays wealthy Southern patriarch Eugene Monreaux in “Filthy Rich,” a man of faith who hasn’t been so faithful — fathering three children outside of his marriage.  This, of course, comes as a complete surprise to his two children with Cattrall’s character, ambitious son Eric and daughter Rose, an aspiring fashion designer.

Broadway veteran Corey Cott plays Eric, and says the dramatic atmosphere of the show puts him right at home.

“They’ve made it very theatrical in a lot of ways," Cott says of the show.  "Because, I think, the south is very theatrical, and has a showmanship to it.  I mean, if you just walk down St. Charles or Magazine Street or whatever street in New Orleans, [there’s a] theatricality of the trees overgrowing on the road.”