Georgians head to DC for march

Georgians are heading to Washington DC to participate in a march.

COBB COUNTY, Ga. - Robert Wade and his family drove from Cobb County to the nation's capital on Wednesday.

"It's important that we are here on the ground," Wade told FOX 5's Brian Hill.

"We all have that same resolve that we need to be apart. We can't just be standing by and watching," Wade explained.

The demonstration is happening on the 57th anniversary of the historic March on Washington.

Reverend Al Sharpton announced the 2020 March, dubbed the 'Get Your Knee Off Our Necks' Commitment March, during George Floyd's memorial.

Organizers said they want to restore and recommit to the dream Dr. King defined in 1963.

"I can't heal from my husband's death because I’m continuing to see others go through the same pain," Tomika MIiller, the widow of Rayshard Brooks, said.

Brooks was killed by a former Atlanta police officer in June.

"My message is wanting to see the laws changed and people go out and vote so that these laws can be changed; to see police reform, to see community policing as well," she said while was in D.C. on Thursday. 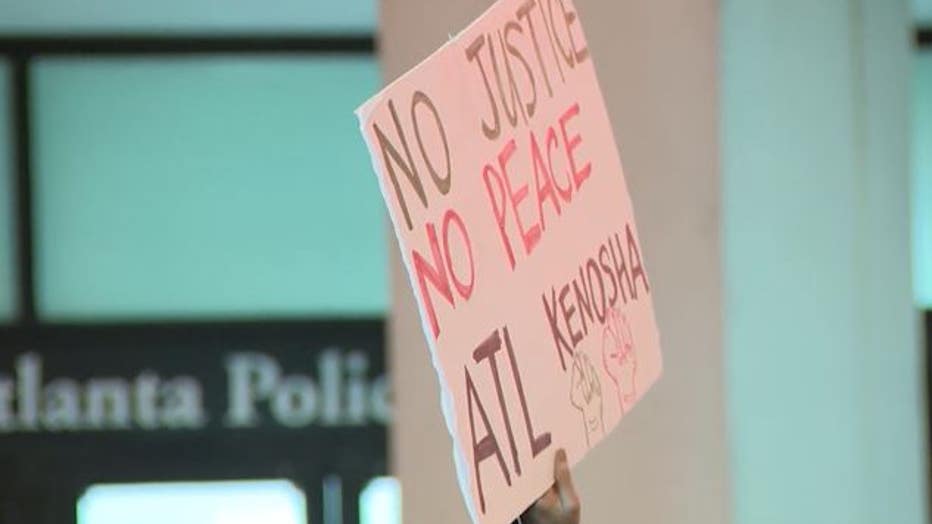 This week, we've seen passionate demonstrators take to the streets following the officer-involved shooting of Jacob Blake in Wisconsin.

Not everyone can make the trip to D.C., and that’s why one local group said it decided to organize a solidarity march in Downtown Atlanta.

It's organized by Atlanta Protest for Justice.

Founder Dionisio Tabora said they're "hoping that the city, state, and the federal government will step in and actually make the changes."

That march will begin at 1 p.m.

"We all have the same goals," he detailed.

The March on Washington is also being live-streamed due to the pandemic.