“We have now counted legally cast ballots three times, and the results remain unchanged,” Secretary of State Brad Raffensperger said during a news conference at the state Capitol.

Georgia law allows a losing candidate to request a recount if the margin between the candidates is within 0.5%. Trump requested the recount after the results certified by Secretary of State Brad Raffensperger showed that Biden led by a margin of 12,670 votes, or 0.25% of the roughly 5 million ballots cast.

During the recount, which was done using scanners that read and tally the votes, there were discrepancies in vote totals in some counties. Since the results of a recount become the official results, those counties had to recertify their results. 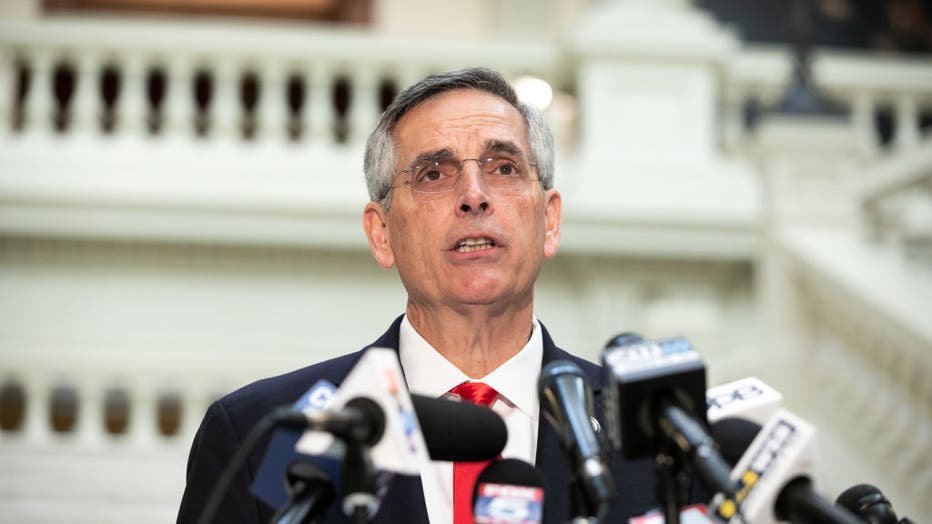 The recertification comes after a federal judge dismissed a lawsuit launched by former Trump lawyer Sidney Powell attempting to block the action.

“Today is an important day for election integrity in Georgia and across the country,” Raffensperger said. “The claims in the Kraken lawsuit prove to be as mythological as the creature for which they’re named. Georgians can now move forward knowing that their votes, and only their legal votes, were counted accurately, fairly, and reliably.”

The recount was the third tally of votes in the presidential race in the state. After the initial count following Election Day, Raffensperger selected the presidential race for an audit required by state law. The tight margin meant the audit required the roughly 5 million votes in that contest to be recounted by hand, he said. That count also affirmed Biden’s victory.

Trump has made repeated baseless claims of widespread fraud in the presidential race in Georgia in recent weeks and has rained criticism on Raffensperger and Gov. Brian Kemp, both fellow Republicans. Raffensperger, meanwhile, has been steadfast in his defense of the integrity of the election in the state and Kemp has said he has no power to intervene in elections.

“I know there are people that are convinced the election was fraught with problems, but the evidence, the actual evidence, the facts tell us a different story,” Raffensperger said during the news conference Monday.

Hours before coming to Georgia for a rally Saturday night, Trump called Kemp and asked him to call a special legislative session. The governor declined.

In a tweet Sunday, Trump criticized Kemp and Lt. Gov. Geoff Duncan for inaction and again called for a special session.

After four Republican state lawmakers on Sunday also requested a special session, Kemp and Duncan put out a statement saying that convening a special session to select a different slate of presidential electors would not be allowed under state or federal law.