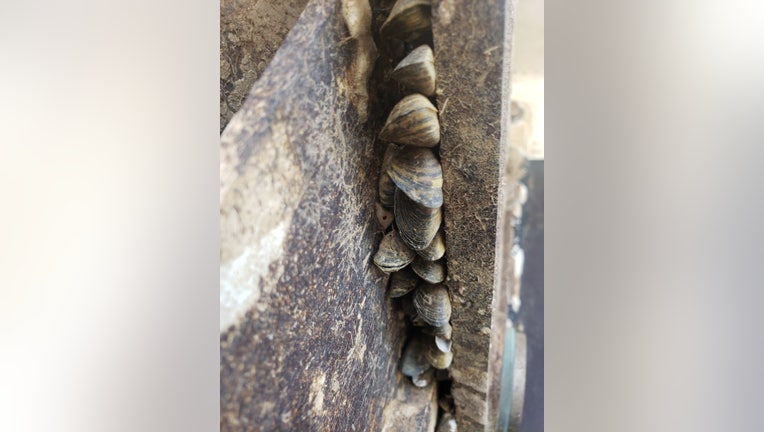 The zebra mussels can cause millions of dollars in damages if they spread in Georgia. (Georgia Department of Natural Resources)

SOCIAL CIRCLE, Ga. - Wildlife officials are warning Georgia boat owners to be on the lookout for an invasive species that could cause millions of dollars in damages throughout the state.

The Georgia Department of Natural Resources says zebra mussels, an eastern European species that is considered invasive, were found on a boat taken to Lake Lanier after being used on the Tennessee River near Chattanooga.

According to officials, the owners of the boat spotted the mussels and called the DNR, who removed around 1 gallon of dead mussels and helped them make sure the vessel was properly cleaned.

While the species does not have a known established population in Georgia, they have spread to many other states including Tennessee. Officials say the mussels can cause millions of dollars in damages to boats and water intake pikes while also hurting other aquatic species native to Georgia. 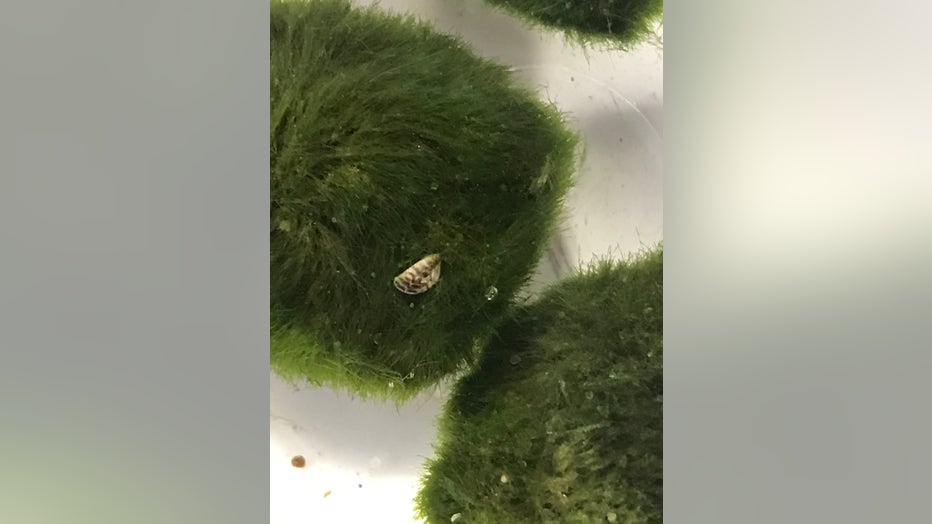 In March, the DNR discovered the mussels inside a moss ball plant being sold at Georgia PetCo stores. While the stores have removed the products from their shelves, officials say consumers should be careful to dispose of the moss balls safely and sanitize their fish tanks.

For more information about the zebra mussels, how to report them to the DNR if you see them, and how to properly clean, dry, and drain your boats, visit georgiawildlife.com/ans.