PEACHTREE CITY, Ga. - Gerald Gartner discovered golf as a way to get back on his feet after losing his leg to an infection after a car accident at 17.

"I fell in love with golf the first time I played it," Gartner says. "I even knew with one leg, I was going to play golf." 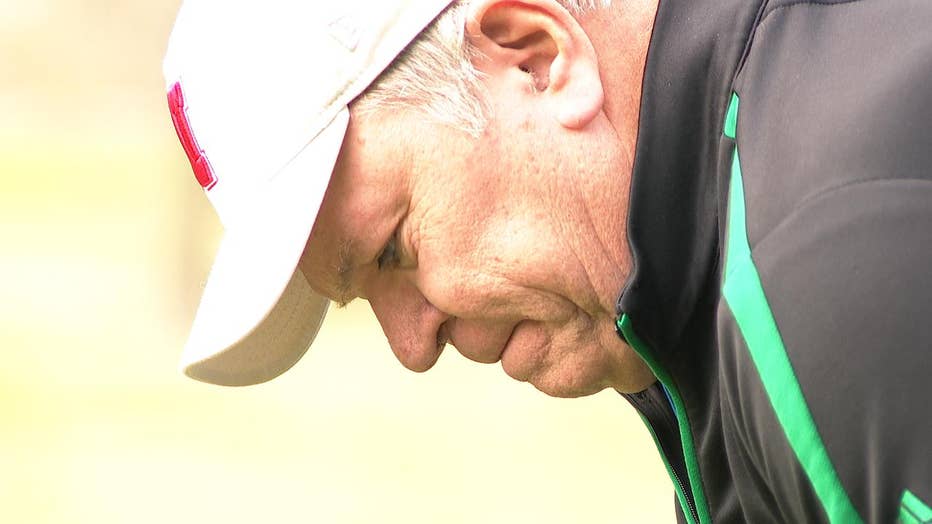 Gerald Gartner credits golf with helping him get through losing his leg as a teen and a recent throat cancer diagnosis. (FOX 5 Atlanta)

The game has helped him cope with another major health challenge, throat cancer.

Gartner, who says he's religious about getting his yearly checkups, says his doctor found the cancer in October of 2018.

"I feel that was what saved my life," Gartner says. "He did the basic check, and he said, 'Your lymph node is swollen on the right side, did you notice that?'"

A painless lump could be nothing: a sign of a minor infection.

"He said, 'Your lymph node is swollen on the right side, did you notice that?'"

But, in rare cases, Dr. Hani Halabi, a radiation oncologist with Cancer Treatment Centers of America, says that mass may be a sign of throat cancer or laryngeal cancer.

"It's actually one of the most common presentations, is a painless lump in a patient's neck," Halabi says. "In Gerald's case, he was lucky to have a very astute primary care physician, who followed up with him and referred him to an ENT specialist,  He biopsied (it), and that's how we got to the diagnosis." 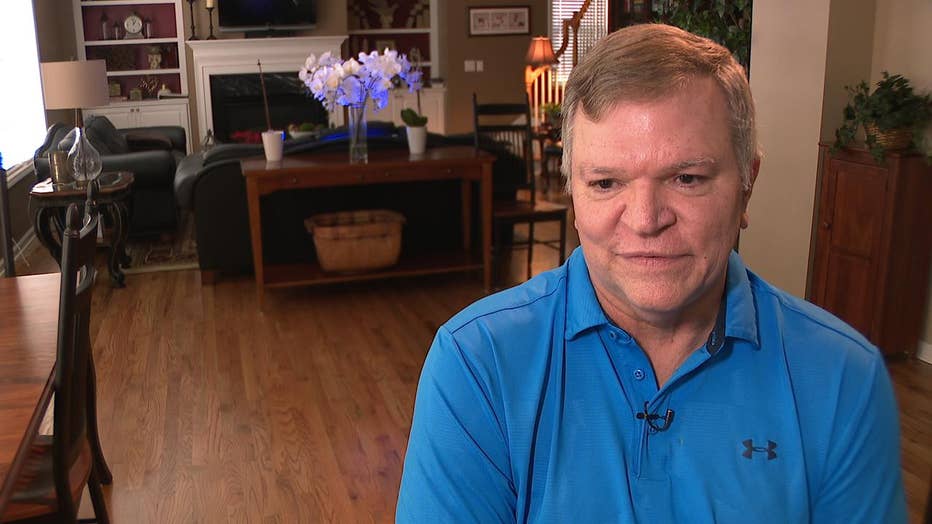 Gerald Gartner was diagnosed with throat cancer after his doctor felt a lump in his neck in October of 2018. (FOX 5 Atlanta)

"It was kind of devastating, I would have to say," he says.

The most common risk factors for throat cancer are smoking and excessive alcohol use.

But, about 35% of cases are linked to HPV, or the human papillomavirus, which Halabi says can lay dormant in the body for decades.

"Some patients get diagnosed early, some get diagnosed later," he says. "But, usually they get diagnosed because they develop symptoms, either difficulty swallowing or pain or a lump in the neck."

Gartner was referred to Cancer Treatment Centers of America Atlanta, where Halabi and a team of cancer specialists recommended seven weeks of radiation, followed by chemotherapy, hoping to destroy the cancer without damaging Gartner's ability to speak and swallow.

"A treatment with surgery would have affected his ability to swallow and eat," Halabi explained.  "He may have needed a feeding tube for the rest of his life. I'm really glad we were able to get him through and provide him a good treatment without taking away those basic life needs from him."

Still, the radiation, five days a week for seven weeks, was grueling. 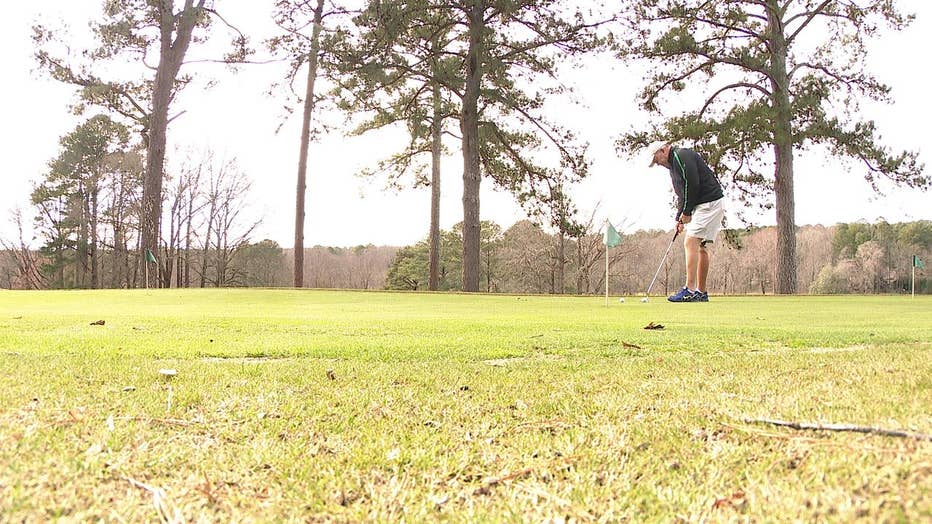 Gerald Gartner was diagnosed with throat cancer after his doctor felt a lump in his neck in October of 2018.

"Week five, it started getting kind of rough," Gartner says. "I lost my appetite, lost any taste. I couldn't taste anything. My throat was starting to get raw, and I basically stopped eating at that point."

Gartner was able to get through the treatment without needing a feeding tube.

And today, he says, his cancer is gone.

"I've had three scans, and they've all been clear," he says.

He hopes to use the experience to mentor newly-diagnosed throat cancer patients.