A Spalding County man has been arrested on animal cruelty charges after police said he shot a dog.

Lazer is a 7-year-old German Shepherd whose owner says was shot twice and underwent emergency surgery.

"He was shot in the mouth and his chest and still has bullet fragments inside him," said Libby Shepard, who is the daughter-in-law of the dog's owner.

According to the Spalding County Sheriff’s Office, the man charged with shooting Lazer is 41-year-old Allen Glover.  According to a deputy’s incident report, Glover is a neighbor.  In that report, the deputy says he asked Glover why he shot the dog and Glover told him that had complained numerous times to the owner about the dog barking and he said quote “nothing was done about the situation and that the dog’s barking was starting to mess with his head.” 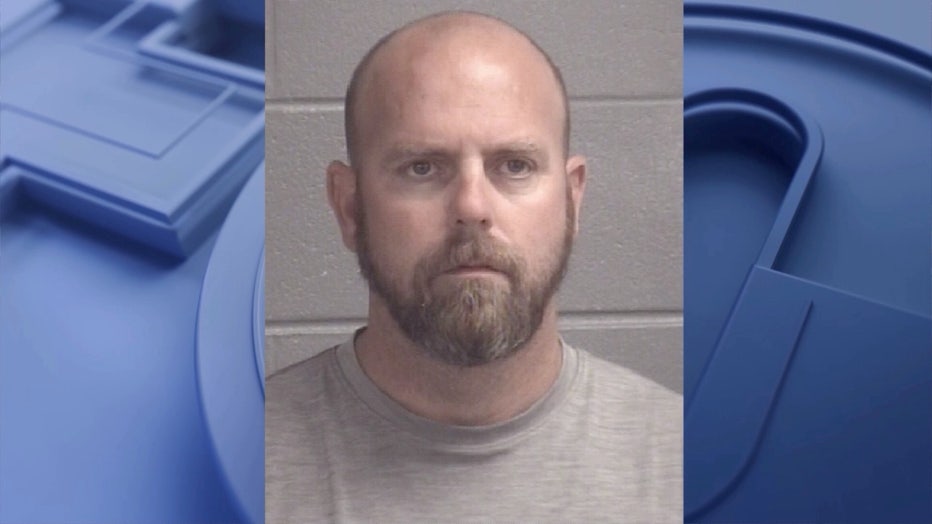 Surveillance video provided to FOX 5 by the Lazer’s owner shows what they say is Glover’s pickup truck driving onto the property Saturday, May 9.  Lazer’s owner told the deputy he heard three shots and a man calling out afterward: "that should keep you quiet for a while."

The sheriff’s office says the bullets that struck Lazer were fired through a privacy fence and the family says Glover showed no regard for who else might have been hit behind that fence. 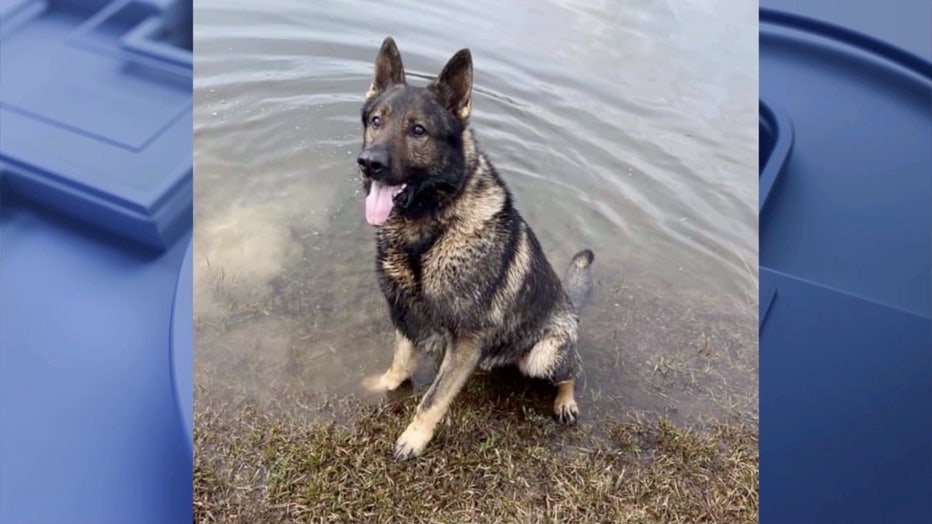 Lazer is a 7-year-old German Shepherd whose owner says was shot twice and underwent emergency surgery.

Lazer’s vet bills are nearing $7,000 and the family says it has set up a GoFundMe account to help.

FOX 5 has learned Glover is also in trouble with the law in neighboring Fayette County where the sheriff’s office confirms he is charged with harassing phone calls and making terroristic threats. These new charges could send Glover back to jail.

The Chief Assistant District Attorney for Fayette County, David Studdard tells FOX 5 because of the cruelty to animal case in Spalding County, he’s asked for a hearing to revoke Glover’s Fayette County bond, which if granted would send him back to jail until a trail for the making terroristic threats charge.