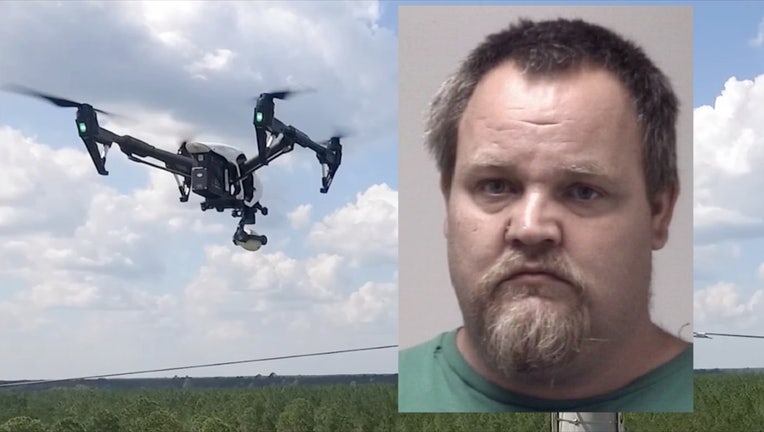 COWETA COUNTY - A Coweta County man was arrested for shooting down a utility company’s drone that was at work inspecting electrical towers. Edward Neil Pope has been charged with criminal damage to property in the second degree and reckless conduct.

While at work last week, inspecting recently painted electrical towers that support high voltage power lines, a drone crew with Georgia Transmission Corporation reported to the Coweta County Sheriff’s Office that someone had shot one of the drones forcing the pilot to make an emergency landing.

The company says the drone was damaged and the equipment costs $15,000.

Man arrest for shooting down drone

Coweta county deputies said they arrested a man for shooting down a utility company's drone.

The company has filed a report with the FAA which licenses and regulates commercial drones in the U.S.

Georgia Transmission Corporation says it operates throughout the state, working with 38 of Georgia 41 EMC’s.

The company says it has been using drones for years and has never had a similar incident.