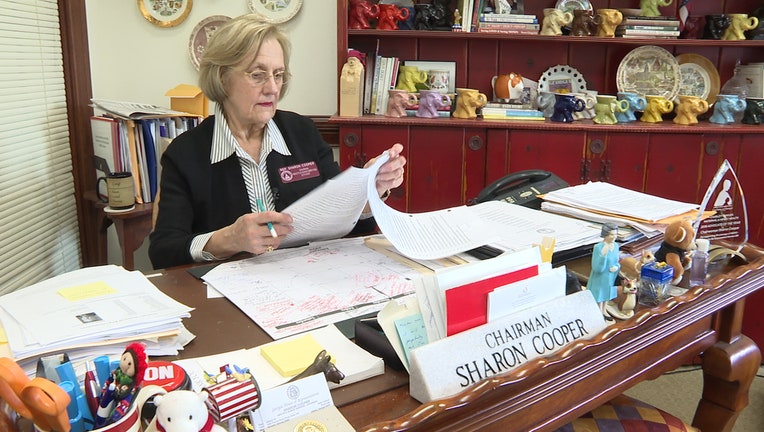 ATLANTA - A state lawmaker from Cobb County wants to make sure that babies in Georgia are no longer abandoned in the woods or on the side of the road.

"That doesn't need to happen in Georgia and mothers need to know there's somewhere they can go and it's totally anonymous," said State Rep. Sharon Cooper, R-Marietta.

Earlier this month, Cooper filed legislation that would expand the state's "Safe Haven" law.  Under the current statute, new mothers can turn over their babies, 30 days old or younger, to staff at a fire station, police department or medical facility without fear of prosecution.

Cooper's bill would add ambulance services to the list and allow all of those facilities to install "newborn safety incubators," also known as "hope boxes," which are secure outside lockboxes that only first responders can open.

"As soon as they're placed, it sets off an emergency signal immediately to all emergency personnel," explained Sarah Koeppen, the founder of The Hope Box, a non-profit that helps mothers with at-risk infants.

"With 159 counties and the large state that we live in and Alabama's safe haven law is only 72 hours, you know, and only a hospital, this just makes a lot of sense to have this and it is working in other states," said Koeppen.

Indiana has more than 20 boxes in place around the state and so far, several infants have been placed inside them, including just last month, according to local news reports.

Rep. Cooper said her legislation does not require the installation of the boxes and that local hospitals, communities and non-profits would pay for them, not state tax dollars.

"It's not that they'll be used frequently, but if they save one infant's life, then they're worth it," said Cooper.  "It's just another option for a mother in distress."

Cooper is the chair of the House Health and Human Services Committee and plans to hold a hearing on the bill next week.