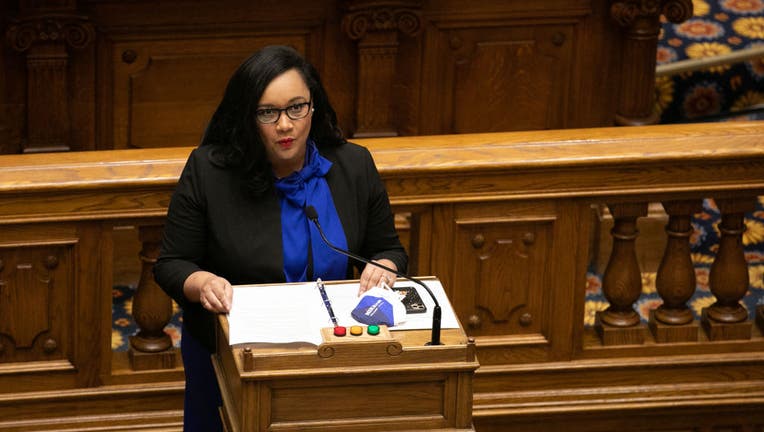 WASHINGTON, D.C. - A Georgia congresswoman has introduced a resolution that would ban President Donald Trump from the U.S. Capitol after his term ends.

If passed, the resolution would direct the Capitol police to prohibit Trump from entering the Capitol after he leaves office on Tuesday.

"President Trump has shown time and time again that he is a danger to our democracy and a threat to the country," Williams said in a statement. "His actions on January 6, caused a deadly attack on the Capitol and for that reason, he should not be allowed into the Capitol."

Williams, who was elected the office that used to be civil rights icon Congressman John Lewis'', said that the House must "prevent the President from inflicting further damage and disruption of Congressional business" during the Senate's impeachment proceedings.

Trump is the only president to be twice impeached and the first to be prosecuted as he leaves the White House, an ever-more-extraordinary end to the defeated president’s tenure. He was first impeached by the House in 2019 over his dealings with Ukraine, but the Senate voted in 2020 to acquit.

When his second trial does begin, House impeachment managers say they will be making the case that Trump’s incendiary rhetoric hours before the bloody attack on the Capitol was not isolated, but rather part of an escalating campaign to overturn the November election. It culminated, they will argue, in the Republican president’s rally cry to "fight like hell" as Congress was tallying the Electoral College votes to confirm he’d lost to Biden.

For Republican senators, the trial will be a perhaps final test of their loyalty to the defeated president and his legions of supporters in their states back home. It will force a further re-evaluation of their relationship with Trump, who lost not only the White House but majority control of the Senate, as they recall their own experiences sheltering at the Capitol as a pro-Trump mob ransacked the building.

Tuesday, Republican leader Mitch McConnell opened the Senate by saying the pro-Trump mob that stormed the Capitol was "fed lies" by the president and others in the Jan. 6 riot.

McConnell’s remarks are his most severe and public rebuke of outgoing President Donald Trump. The Republican leader vowed a "safe and successful" inauguration of Biden on Wednesday at the Capitol, which is under extremely tight security.