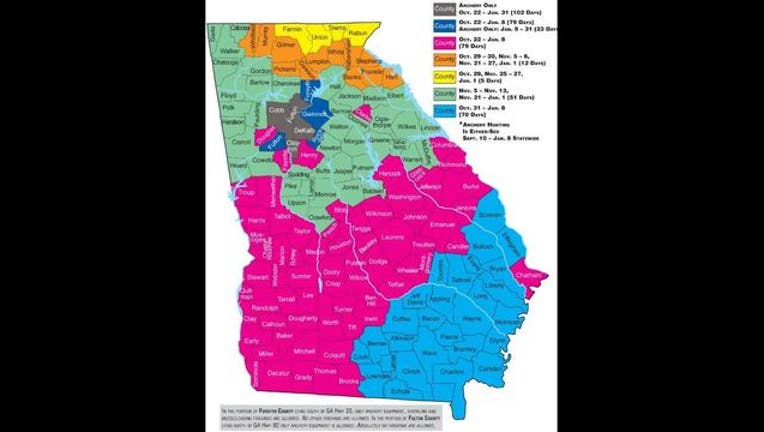 For the second consecutive Georgia hunting season, more than half the state will experience periods of buck-only hunting during firearms deer season.

The change to buck-only days was brought on by hunters complaining of seeing fewer deer in the woods. Complaints centered around a liberal bag limit—which hasn’t changed—while biologists say reducing either-sex days is the most effective way to reduce harvest.

This year’s deer season will close statewide on January 8. The only exception is the suburban Atlanta archery-only counties that are open to bowhunting until January 31.

The map attached to this article breaks down the days when hunters can shoot antlerless deer with a firearm during firearms season on private lands.

For more on the upcoming dates: Georgia Outdoor News