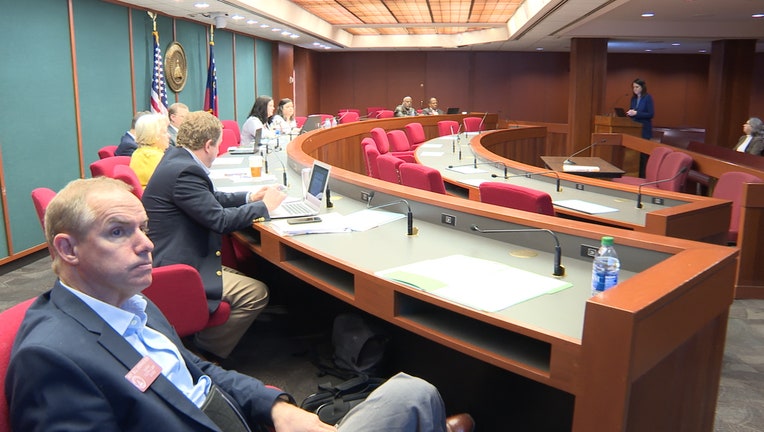 ATLANTA - State lawmakers held their first meeting Friday on a proposal to raise the age for the juvenile court system to 17.

"Georgia really is an outlier.  We're one of three states that has not raised the age for juvenile court jurisdiction," explained State Rep. Mandi Ballinger, R-Canton.  "So I think it's really important that if we want justice and we want rehabilitation for our juveniles that it's important that they be adjudicated in juvenile court, which is better suited for handling those kids."

In February, Ballinger filed a bill that would move 17 year olds under the jurisdiction of the juvenile courts, rather than the adult courts.

Members of the committee seemed to support the idea, but some had concerns about how the transition will take place.

"As I go through this, what I'm thinking about is the person that's been a victim of a very, very violent crime from a 17-year-old and that's the real catch for me," said State Rep. Bert Reeves, R-Marietta, who is a former prosecutor.

State law already requires teens from 13 to 17 to be tried in the adult court system for series offenses like rape and murder.

With more than 6,600 17-year-olds arrested in Georgia in 2018, some worry whether the juvenile court system will be able to handle a sudden influx of new cases.

"We need to make sure that that structure and that infrastructure [are] in place for the proper adjudication of these cases that those resources are there," said Rep. Ballinger.

She plans to hold several more public meetings to discuss the proposal.