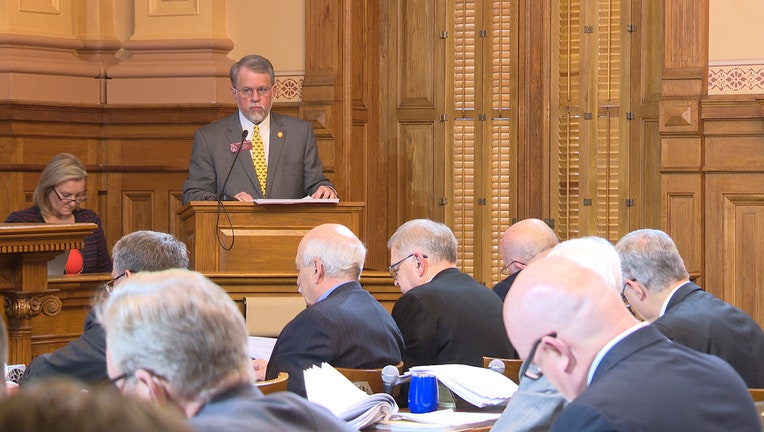 ATLANTA - After taking nearly two weeks off for extended hearings, members of the House Appropriations Committee took a huge step Tuesday morning in the budget process.

Committee members voted to approve their version of the amended FY 2020 budget, which restores funding to some programs that faced cuts under Gov. Brian Kemp's proposal.

"Any time you're dealing with a revenue reduction and having to go in and make cuts, knowing that cuts are tied to people, it's very hard," said House Appropriations Chairman Terry England, R-Auburn.

The House's spending plan put funding back in the budget for state parks, the GBI crime lab, accountability courts, and mental health services.

"I think you'll see that pendulum start to swing back on the big-budget as well," said Minority Caucus Chairman James Beverly, D-Macon.  "The issue of behavioral health – you can't have the Republican and the Democratic Caucus saying, 'No way can you cut these services.'"

England said much of the money to fund the House's priorities came from the judiciary budget and realized savings from unfilled or delayed positions. The Governor's Office, however, expressed concerns about the House reallocating money that went to the Department of Corrections and the Quality Basic Education formula under their budget plan.

"That's part of this whole process," England said.  "The governor has a set of priorities, we have a set, the Senate has a set and as we all come together in the end, you sew it up into one package."

The full House of Representatives is set to vote on the amended budget Wednesday.