She said her mother is proud of her achievement. She has a 4.0 GPA and is an athlete.

ALBANY, Ga. - A Georgia high school senior is thinking about her future after she was accepted to dozens of colleges and offered over half a million dollars in scholarships.

Kenyari Sawyer is a 17-year-old senior with a 4.0 GPA at Monroe High School. After seeing how easy it was to apply to different colleges, she ended up applying to 92 schools.

Now the senior has offers from 48 schools so far and has received scholarships totaling $601,000.

Sawyer says her mother inspired her to pursue a college career since her mother was unable to do so when she was Sawyer's age.

"My mom is proud because I stopped her from going to college when she got pregnant with me. And so now that she's seeing that I'm getting out doing something that she was not able to do makes her proud," Sawyer said. 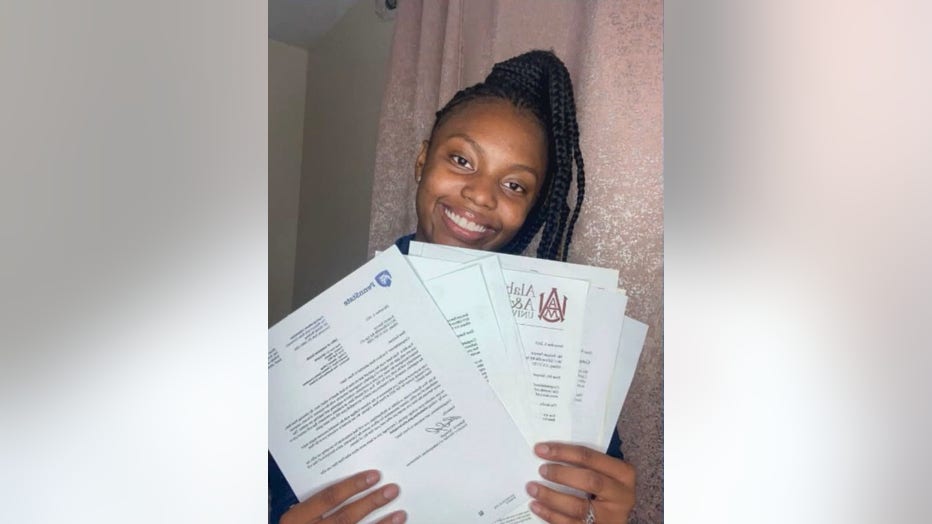 Sawyer hopes to attend one of her top five schools and major in criminal justice.

Her goal is to become a lawyer.

When asked by FOX 17 in Nashville what her advice would be to other students, Kenyari said they should go for what they want.

"Do not be scared and go for what you want," she said. "If you want it, go for it, and do not let people talk down on you. You said I can't do this, but I can and I'm going to show you."