ATHENS, Ga. - The streets of Athens were filled with Georgia fans and students well into the early morning hours on Tuesday following the Bulldogs' historic win over Alabama to clinch their first National Championship in 41 years. But some of that of the celebrations got a little out of hand and the local government needs help putting things back in place.

"Man, is there gonna be some property destroyed tonight," is a phrase the late Bulldogs play-by-play announcer Larry Munson has said following some of Georgia's most notable victories. While there was not much damage reported in Athens, there were reports some construction barriers mysteriously disappeared.

The Athens-Clarke County unified government put out a call asking anyone who may know where several construction barriers had gone to please let them know. 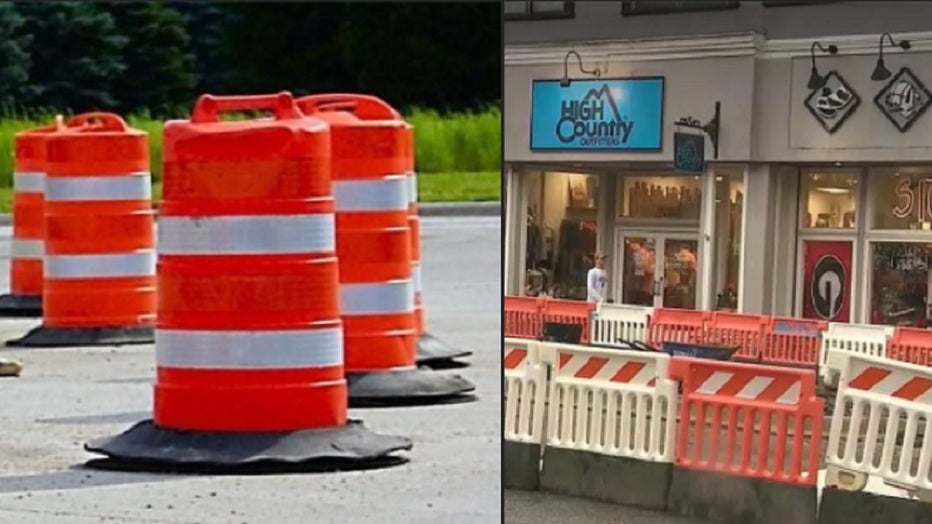 Video posted to social media shows fans tossing the barriers from one side of the crowd to the other with several in a pile in the middle of the road. Many were left there, but some simply disappeared.

"WANTED: During last night's celebrations, safety barricades & traffic barrels were removed from E. Clayton St. downtown. If you have one, find one somewhere, or know where one is, please return it or let us know by private message or call Athens-Clarke County Solid Waste Department at 706-613-3501. NO QUESTIONS ASKED - we just need them back."

Clayton Street has been under construction over the past few years. The $12 million project is supposed to repave the road, make it more pedestrian-friendly, and add things like benches and bike racks. It’ll also replace stormwater drainage and sewer infrastructure. The completion date has been delayed due to the coronavirus pandemic. No word on when the project will be completed.