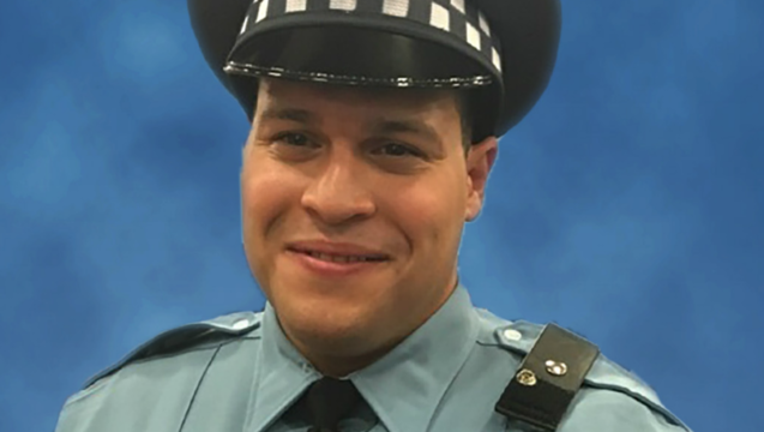 Visitation for Jimenez was planned for Sunday, with a “full honors funeral” to follow on Monday, according to CPD spokesman Anthony Guglielmi.

Jimenez was killed while responding to a shooting at Mercy Hospital on Monday.

Chicago police say the officer's wake will be held Sunday from 3 to 9 p.m. at the Oehler Funeral Home in Des Plaines on Miner Street.

The funeral will happen on Monday with mass beginning at 11 a.m. That will be held at the Our Lady of Guadalupe Shrine at Maryville Academy campus on River Road, which is also in Des Plaines.

FOX 32 will air that service live on Monday.