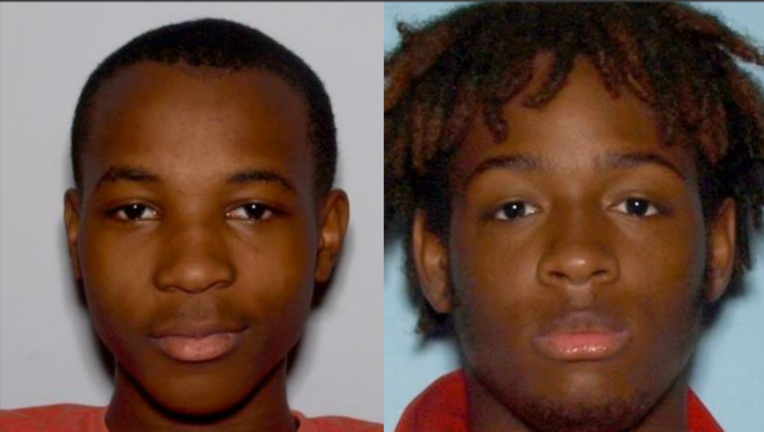 FULTON COUNTY, Ga. - Police are searching for three males who robbed and shot man multiple times as he walked home in Fulton County.

Authorities say the 20-year-old victim had just exited MARTA bus in the 4300 block of Cascade Road when he was approached by three males in a beige 4-door vehicle. The suspects snatched the victim’s bookbag and started shooting at him, police said. The victim was shot multiple times, including once in the head.

Police say a witness identified two of the three suspects as Kashawn Freeman and Javon Moore. The suspects face charges of robbery and aggravated assault.

A post on the Fulton County Police Department’s Facebook page said,  “These subjects are considered ARMED AND DANGEROUS! DO NOT ATTEMPT TO APPREHEND, DIAL 911!!!”

Anyone with information about the suspects’ whereabouts is asked to contact Crime Stoppers at 404-577-TIPS (8477). Please reference incident number 2017-01731.