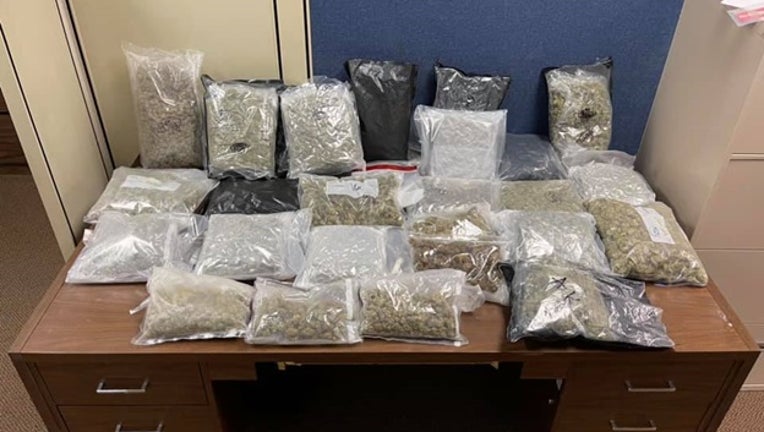 FULTON COUNTY, Ga. - Police made a drug bust at a Fulton County airport.

The Fulton County Police Department shared a photo of the marijuana bust at Charlie Brown Airport on Facebook.

According to investigators, last week officers found a duffel bag filled with marijuana. In total, the amount of drugs weighed 25 pounds.

Officials say they recovered the bag before it could make its way on to a flight.

The identity of the suspect involved in the bust has not been released.