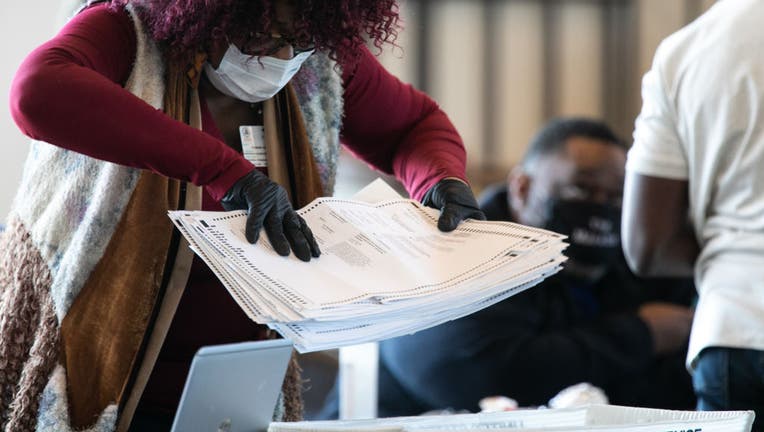 FULTON COUNTY, Ga. - A judge on Thursday allowed a lawsuit alleging fraud in Georgia’s most populous county during the November election and seeking a review of absentee ballots to move forward for now.

Originally filed in December, the lawsuit says there is evidence of fraudulent ballots and improper ballot counting in Fulton County. The county, county elections board and county courts clerk had filed motions to dismiss the lawsuit. They argued, among other things, that the lawsuit was barred by sovereign immunity, a principle that says state and local governments and can only be sued if they agree to it.

After holding a hearing on those motions Monday, Henry County Superior Court Chief Judge Brian Amero, who was specially appointed to preside over the case, agreed. He ruled that the constitutional claims against those three entities are barred by sovereign immunity and dismissed them.

He also granted a request by the petitioners to add the individual members of the county election board as respondents in the lawsuit. He wrote in a footnote that the claims against the individual board members "may be barred by official immunity" but that "the record is not sufficiently developed to warrant such a conclusion."

The suit was filed by nine Georgia voters and is spearheaded by Garland Favorito, a longtime critic of Georgia’s election systems. As part of the suit, they are seeking to inspect some 147,000 absentee ballots to determine whether there are illegitimate ballots among them.

Several election workers and volunteers have signed sworn statements saying they saw absentee ballots during the audit that weren’t creased from being mailed, appeared to be marked by a machine rather than by hand and were printed on different paper. The lawsuit also repeats a widely circulated claim of fraud based on security video that shows cases of ballots being pulled from under a skirted table and counted while observers and the news media weren’t present.

Fulton County officials have consistently defended the integrity of the election and have criticized the ballot review effort. Fulton County Board of Commissioners Chairman Robb Pitts said after Thursday’s ruling that the lawsuit is the "result of meritless claims."

"Last year, I told President Trump and others who push the Big Lie to ‘put up or shut up,’" Pitts said in an emailed statement. "It’s been six months and still no proof of wrongdoing has been produced. Enough is enough — this whole circus must end."

The secretary of state’s office says it has investigated the claims and found no evidence of fraud. An independent monitor who observed Fulton County’s election operations as part of a consent agreement said he witnessed sloppy practices and systemic mismanagement but said there was nothing that should cast doubt on the county’s election results.

The ballots are kept under seal in the custody of the clerk of Fulton County Superior and Magistrate courts. Amero in April ordered the court clerk to release the scanned absentee ballot images. At a hearing last month, Amero ordered that the paper ballots themselves be unsealed so that the petitioners who filed the lawsuit can inspect and scan them.

He had set a meeting for May 28 with the parties to sort out the logistics of how that review and scanning of paper ballots would proceed. But that meeting was canceled so he could hear the motions to dismiss first.

Favorito hailed Thursday’s ruling and the naming of the individual election board members as respondents as continuing a "string of victories," including the order to unseal the ballots.