Heads up, sushi fanatics: Fuji Food Products, Inc. has announced a recall of its ready-to-eat sushi – as well as spring rolls and salads.

LOS ANGELES (FOXNews) - Heads up, sushi fanatics: Fuji Food Products, Inc. has announced a recall of its ready-to-eat sushi – as well as spring rolls and salads – sold at Trader Joe’s, 7 Eleven, Walgreens and more popular stores across the East Coast and the Upper Midwest over concerns the products are contaminated with listeria.

As of Nov. 27, no illnesses associated with the recall had been reported.

In the notice, the FDA said the recall was initiated after officials with the federal agency conducted a routine inspection at one of the company’s facilities in Massachusetts.

“The company has ceased production and distribution of their products in this facility as FDA and the company continues their investigation as to what caused this problem,” the FDA said, noting Fuji has “never before recalled any of its products.” 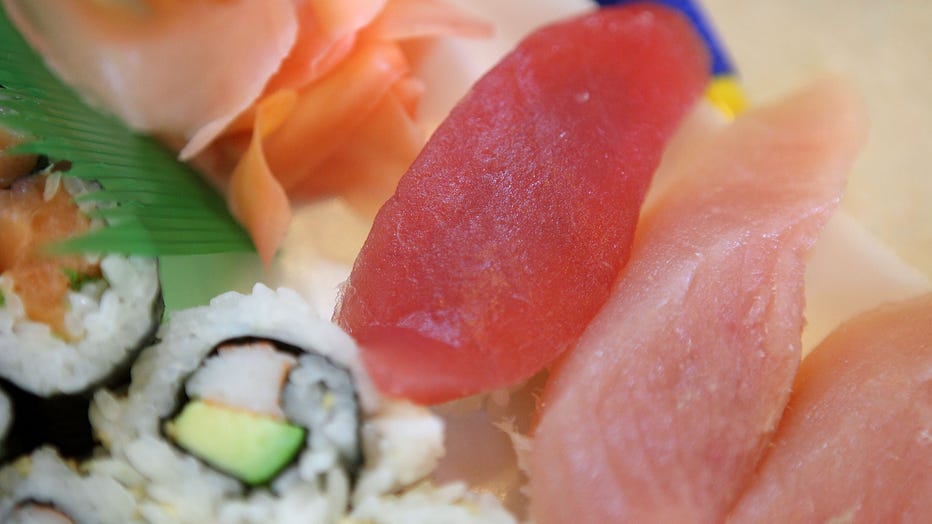 FILE - Several pieces of sushi sit on a plate.

The affected products were sold in plastic trays with clear lids and have a range of best-by dates, which can be found here. Consumers who are still in possession of any of the recalled items should discard them, the FDA said.

Listeriosis is a serious infection typically caused by eating food contaminated with Listeria monocytogenes, which results in an estimated 1,600 illnesses in the U.S. each year. About 260 of those patients die, according to the Centers for Disease Control and Prevention (CDC).

Listeriosis can cause a variety of symptoms, depending on the person and the part of the body affected, according to the CDC. For pregnant women, symptoms of invasive listeria may present as fever or other flu-like symptoms, but it can also cause miscarriage, stillbirth, premature delivery or life-threatening infection of the newborn. In non-pregnant patients, symptoms can include headache, stiff neck, confusion, loss of balance and convulsions.

Those with additional questions regarding the recall can contact Fuji Food Products’ customer service line at 1-888-667-1504.