When Davis was 16, his father shot his mother before committing suicide.

"Then I hear a gunshot and I immediately wake up. And it was right in front of me and I yelled 'Dad' and he just never looked at me, he just put the gun to his head and he shot himself," said Davis.

Randall Davis was the class speaker at this session's graduating class at the Detroit police academy. He had become homeless after his dad shot and killed his mom and himself. Then after the birth of his daughter, he decided to make a change.

"You never know it's real, I just - at this point I'm still dreaming," he said.

Orphaned as a teenager with young siblings, it was left to Davis to watch over what was left of his family.

"And then the kids are left to fend for themselves, especially if they don't have any loved ones that really care for them, to help them through the situation," he said.

They eventually moved in with family, but that didn't last long for Davis. He and his older brother moved out and ended up on the street, sleeping in cars and empty homes.

"I was homeless, sleeping in cars, trying to make sure I ate," Davis said. "Me and my brother Brandon, we were in vacant houses just trying to survive."

Around the time Davis' daughter was born, he made a decision to reverse course. He says he was tired of "feeling used" and "arguing with people." So he made a change. 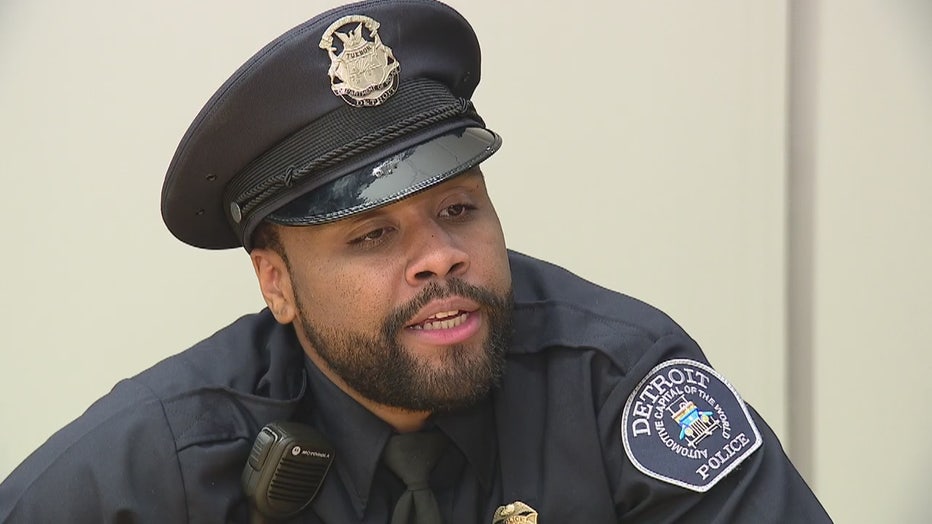 He worked hard, lost 70 pounds and enlisted in the academy. In November, that hard work paid off when he was granted the honor of telling his story to his fellow graduates. And with such a story comes a few lessons along the way.

"I want teenagers, and even kids, who feel like they don't have anybody that you have to keep pushing. That's the biggest lesson that I have learned and that's why I want to help them," said Davis.