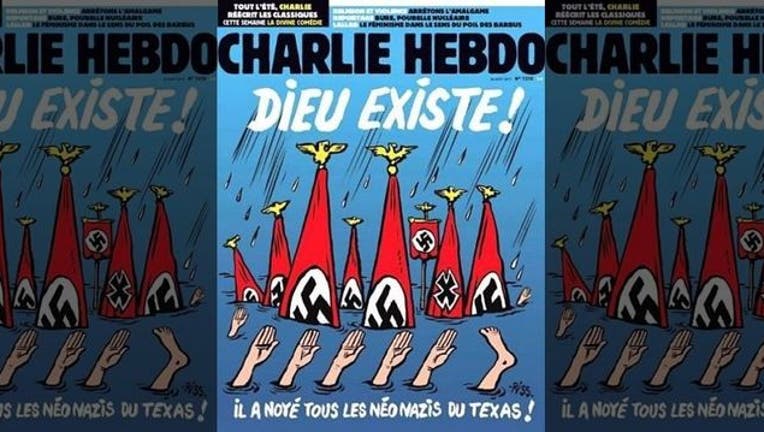 The magazine’s cover reads “God Exists! He Drowned All the Neo-Nazis of Texas.” The words accompany an illustration showing swastika flags and arms raised in a Nazi salute -- all submerged in water, the New York Post reports.

The weekly magazine is known to cause controversy with its cartoons, which often create a backlash against the magazine – including a terrorist attack in 2015 in which two gunmen opened fire on the publication’s staff in their Paris offices for mocking an ISIS leader.

More recently, the magazine’s cartoonists depicted British Prime Minister Theresa May as decapitated and linked the vehicular terror attack in Barcelona to Islam.