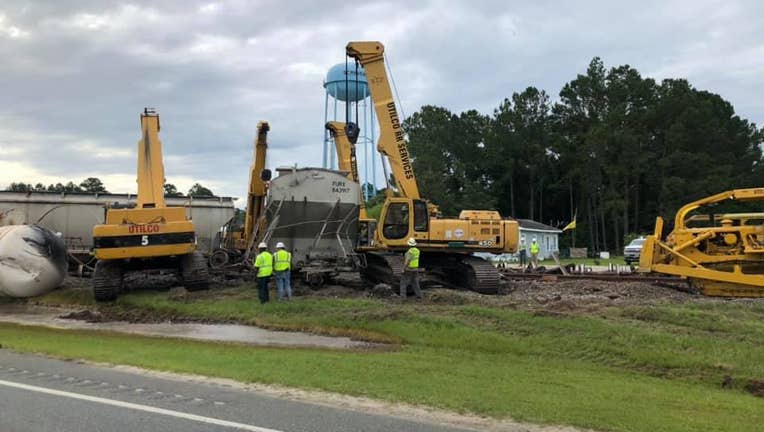 CSX said the accident happened about 12:30 a.m. on Highway 84 near the Screven City Hall, WTOC-TV reported. There were no injuries to the train’s crew, the company said.

About 100 people had to be evacuated from the surrounding area as crews cleaned up hydrogen peroxide that was leaking from one of the derailed cars, said Richard Johnson, director of Wayne County Emergency Management.

The highway’s eastbound lanes were closed as the cleanup process began and was expected to remain closed for most of Saturday. Traffic was rerouted to State Route 32 to US 301.

Residents have since been allowed to return to their homes.

Screven Mayor Jason Weaver said the incident will not be a quick fix.

“It’s tough, especially being a small city,” Weaver told WSAV-TV. “This isn’t just going to be an overnight fix. This will take some time to get everything back to normal going again.”

The cause of the derailment is currently under investigation.