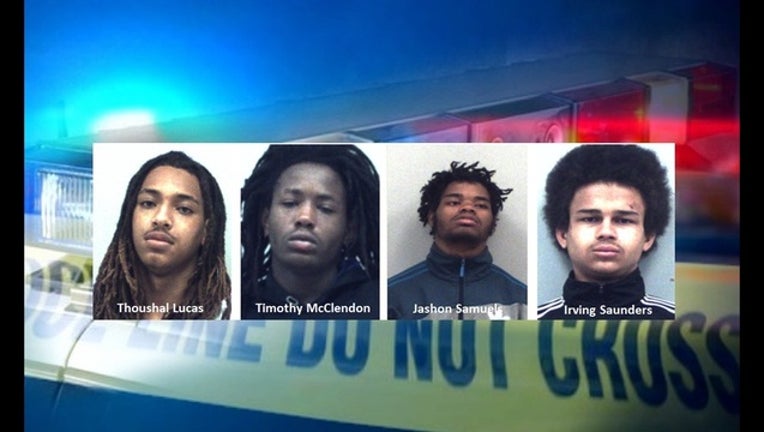 The robberies took place on May 6 around 3 p.m.

A dispatcher told officers that a victim was bleeding from his head and face.

Once the officers arrived, the victim said that four men had robbed him and assaulted him in the parking lot.

According to reports, one suspect pointed a gun in his face and another suspect punched him in the face.

The victim’s cell phone, keys, and eyeglasses were taken.

Shortly after the initial armed robbery call, a separate robbery took place at Cubesmart Self Storage at 3313 Stone Mountain Highway.

The victim told officers that he was at his storage unit getting some of his property when he was confronted by two men.

When the victim told the suspects that he didn’t have any money, the men began to punch and kick him in the head.

According to reports, the suspects stole his cell phone, ID, and keys and four Samurai swords.

All four suspects fled the scene, but were later located after a search with K9s.

Irving Lewis Saunders, 17, and Thoushal Nakill Lucas, 19, were charged with armed robbery, battery, and obstruction of an officer.