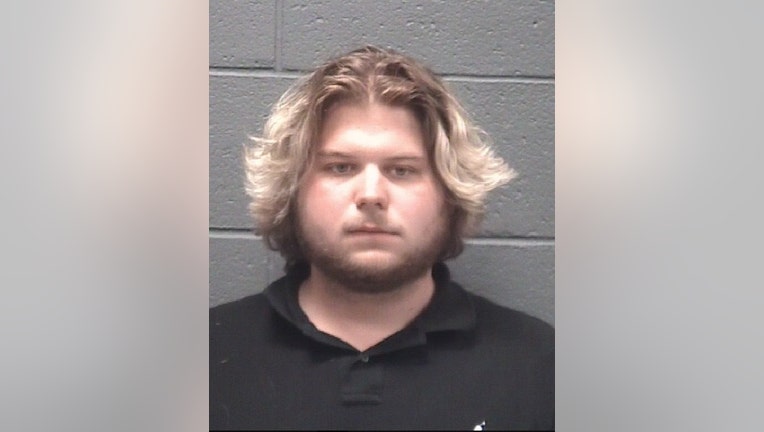 FORSYTH COUNTY, Ga. - A Georgia man is facing multiple charges in connected to a DUI crash that killed a man while he was trying to reply to a text, officials say.

Deputies with the Forsyth County Sheriff's Office say they responded to a call around 4 p.m. on Hopewell Road near Church Road after reports of a crash between a vehicle and a riding lawn mower.

Nix died at the scene. Johnson had minor injuries.

In their investigation, deputies say they found Johnson's cell phone on the ground outside the wreck and saw that Johnson appeared to be replying to a text at the time of the crash.

After performing a field sobriety test on Johnson, officials say they determined he was also driving under the influence.

Deputies charged Johnson with first-degree homicide by vehicle, driving under the influence, reckless driving, driving too fast for conditions, failure to maintain lane, and writing a text while driving.

Johnson is currently in custody at the Forsyth County Jail without bond.