A self-made millionaire has helped his old elementary school in a big way.

ATLANTA - An Atlanta businessman reached back to help his former elementary school by assisting with the purchase of a digital sign.

Ray Mills, 35, said he had fond memories of attending Love T. Nolan Elementary School and use to run to and from school as a child.

When the wooden marque sign broke and fell back in October, the principal saw the problem as an opportunity to upgrade and purchase a 21st-century digital sign that would allow the school to better communicate with stakeholders during this pandemic.

"Not having a just in time, real-time way to communicate with our families was making it difficult, so that's where the idea came for the digital sign," principal Dr. Denise Brown recalled. 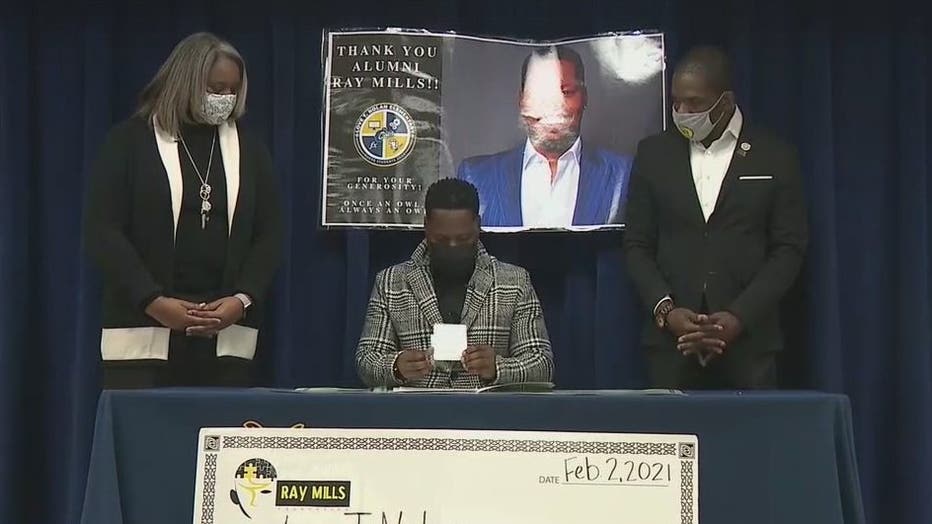 "I was 11 years old and I cut grass right here in this same community of Nolan," self-made millionaire Ray Mills revealed.

Mills has come a long way from his first business cutting grass in the community to becoming a best-selling author, a millionaire who owns four successful businesses... including a media company, and even a social justice advocate. The husband and father said it is important to give back.

So he donated the remaining $8,000 need to purchase the $35,000 digital sign in a community that he said raised him.

"I was honored that he gave me a call or thought enough of me to give me a call to contribute to the school where everything started for me," Mills stated. "Give back, when you make it out. I notice that this community has a lot of individuals that don't come back. What me and cousin man Khalid have in common is let's come back and raise up our community."

The fancy digital sign will be erected on the school grounds this summer.