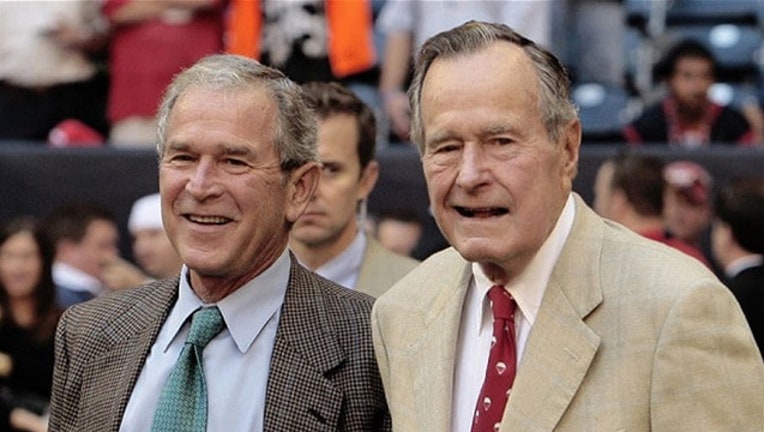 Former Presidents George H.W. Bush and George W. Bush rejected white supremacists on Wednesday in the wake of last weekend’s events in Virginia and President Trump’s backtrack of his singular condemnation of neo-Nazis and the alt-right.

"America must always reject racial bigotry, anti-Semitism, and hatred in all forms," the statement said.

Both Bushes have made an effort to stay out of politics since they left the presidency, but apparently felt like they needed to speak publicly against the seeming rise of white supremacy in the United States.

"America must always reject racial bigotry, anti-Semitism, and hatred in all forms. As we pray for Charlottesville, we are reminded of the fundamental truths recorded by that city's most prominent citizen in the Declaration of Independence: we are all created equal and endowed by our Creator with unalienable rights. We know these truths to be everlasting because we have seen the decency and greatness of our country."

The statement didn’t mention Trump specifically, but came less than a day after a freewheeling press conference where Trump blamed “both sides” for the violence in Charlottesville. He also said there were “very fine people” among the alt-right protestors.