A Florida company that gained viral attention for selling alien abduction insurance is now selling asteroid insurance just in time for a space rock set to fly by Earth one day before the 2020 election.

Altamonte Springs, Fla. - Scientists have said that an asteroid roughly the size of a school bus is headed for Earth, one day before Election Day. While the celestial object, known as 2018 VP1, is not expected to collide with our planet, there is a way to make sure you’re covered just in case: purchasing asteroid insurance.

RELATED: Asteroid headed near Earth the day before Election Day

St. Lawrence has sold thousands of the policies since the late 1980s. Business boomed last year following the the creation of a Facebook event in which millions of people expressed interest in raiding the top-secret military base Area 51.

RELATED: Florida company has sold thousands of ‘alien abduction insurance’ policies and paid out on 1 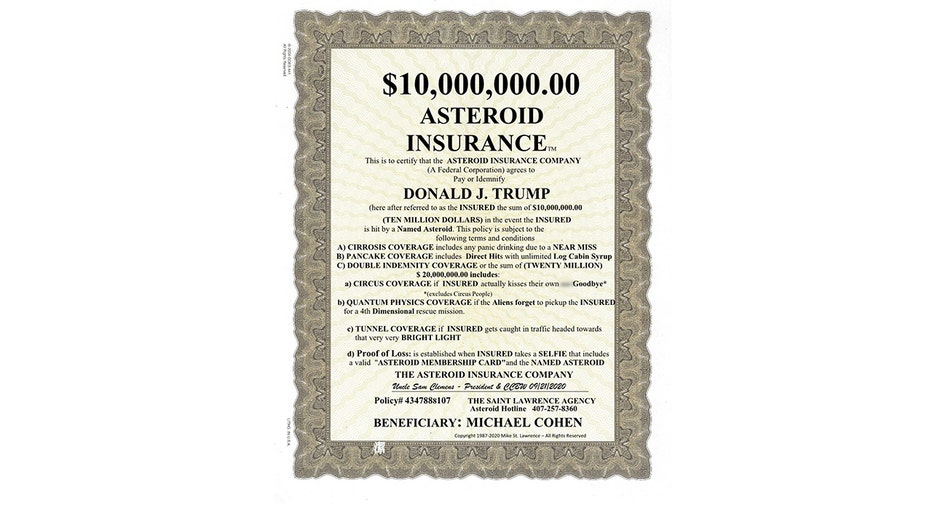 St. Lawrence has stressed that his policies are only intended for someone with a sense of humor.

Now, with giant space rocks continuously hurtling through our solar system, St. Lawrence felt it was time to add asteroid insurance for his customers —  with a clever tagline, of course.

The humorous policy includes “Quantum Physics Coverage” as well as “Cirrhosis Coverage,” which the policy says includes “any panic drinking due to a near miss.”

“We have been offering $10,000,000.00 Asteroid Insurance all over the World since 1991. Except for a time when we were investigated in Texas,” St. Lawrence wrote on his website.