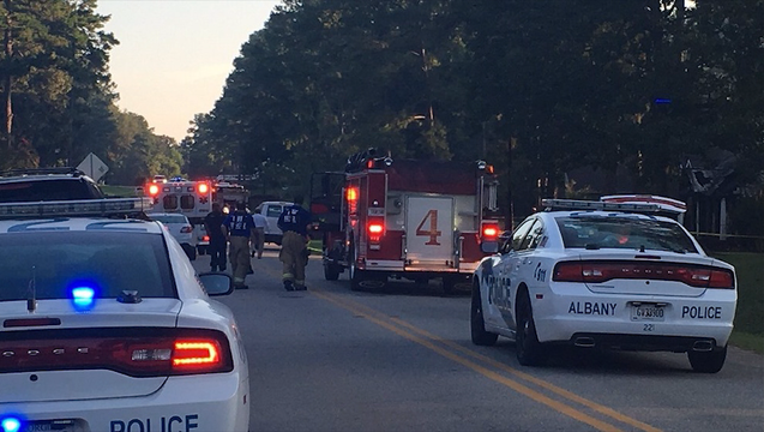 ALBANY, Ga. (AP) — Prosecutors say a house fire in southwest Georgia is being investigated as a homicide after two children died.

Prosecutors confirmed that the girl was killed in an attack before the fire.

Edwards says the cause of death of the boy, who died at a hospital, remains unclear. However, prosecutors say he was injured before the blaze.

Investigators also say that a 10-year-old boy was found injured but alive in the trunk of a car at the home.

Edwards says the children's 54-year-old grandmother was gravely injured in the home, but survived.

Prosecutors say the children were visiting from Florida.