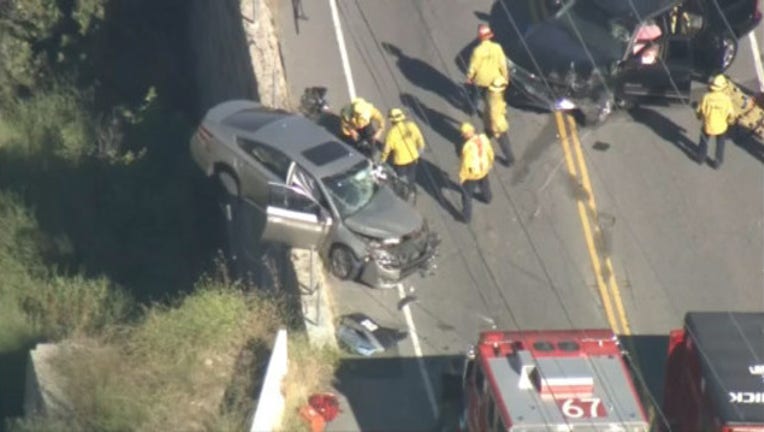 MALIBU, Calif. (FOX 11) - The Los Angeles Fire Department rescued two people who were trapped in their vehicle after it crashed in Malibu.

The crash caused the vehicle to teeter off the cliff.

The accident happened just before 5 p.m. on S. Malibu Canyon Rd near Tunnel 1.

Two people were taken from the scene in ambulances to Pepperdine University and transferred to helicopters for transport to a hospital. Both victims were said to be in stable condition,

Traffic has been backed up as Malibu Canyon Road is closed in both directions.

This is a developing story