The Food and Drug Administration plans to ban the sale of all e-cigarette flavors except for tobacco and menthol, a report said on Tuesday.

WASHINGTON - The Food and Drug Administration plans to ban the sale of all e-cigarette flavors except for tobacco and menthol, a report said on Tuesday.

Federal officials are expected to announce the new plan as soon as Friday, the Wall Street Journal reported.

The new policy, intended to curb a surge in underage vaping, would pull from the market all e-cigarette refill pods except those formulated to taste like tobacco or menthol, the Journal reported, citing sources. That industry pulls an estimated $9 billion in annual revenue. 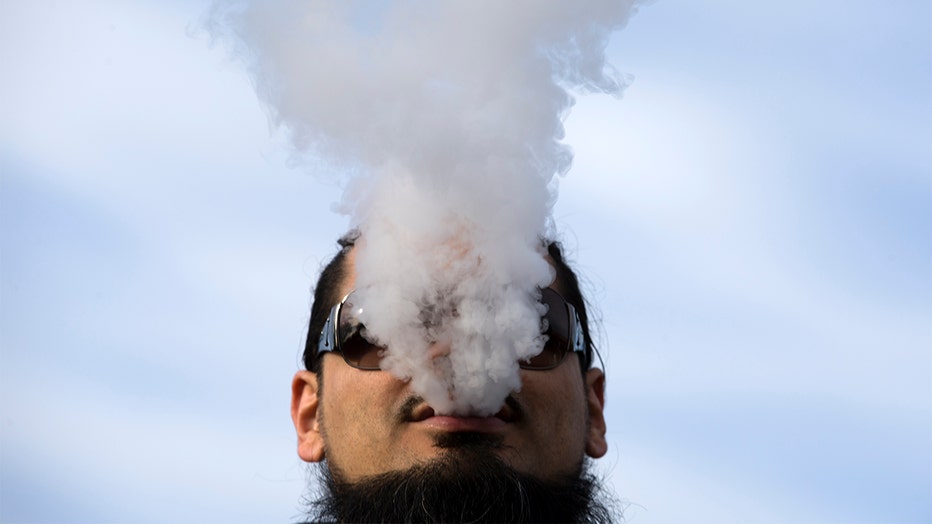 FILE: Demonstrator vapes during a rally outside of the White House to protest the proposed vaping flavor ban in Washington DC on November 9, 2019. (Photo by Jose Luis Magana / AFP) (Photo by JOSE LUIS MAGANA/AFP via Getty Images)

The sweet and fruity flavors that would be banned under the new policy represented about 80 percent of retail store e-cigarette sales this year, the report said, citing analyst estimates.

The ban would also prohibit mint but allow menthol e-cigarette pods, which is a change from the agency’s previous plan, according to the report.

Mint was one of the most popular e-cigarette flavors among teenagers, the Journal reported, citing government data released last month.

The new policy would apply only to pod-based vaporizers such as those made by Juul, NJOY Holdings Inc. and Reynolds American Inc., the report said.