DEKALB COUNTY, Ga. - A father is furious after learning about a fight that involved his 13-year-old daughter. Video of the incident shows a woman encouraging a girl to attack the teen.

“It just shocked me, you know to see somebody igniting two little girls to fight,” says the father, who did not want to show his face and asked his name not be used.

In the video, the woman can be seen with an item on her waist. The father says his daughter told him that the item was a gun. 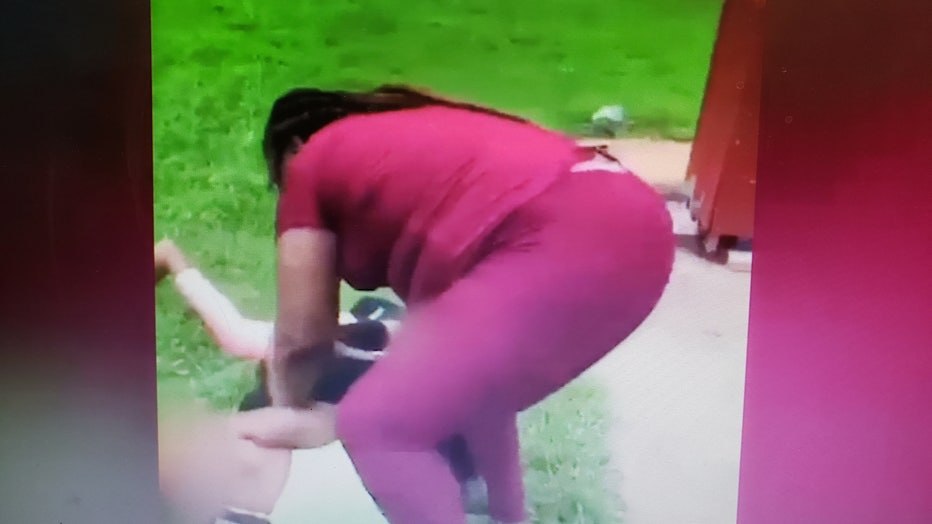 According to a report filed Monday with DeKalb County Police, the incident happened in late July at Mainstreet Pavilion in Stone Mountain. The father says a friend of his saw the video on social media Monday and recognized his daughter as the girl being attacked. That friend alerted him.

The father told FOX 5 the incident was handled in some sort of way, but he was not pleased because police were not involved. The report lists the offense as a simple battery.

FOX 5 is not identifying the woman in the video because she has not yet been charged. The father says an investigator spoke with his daughter on Wednesday.