Father and son rescued from car after I-85 crash

Crews have rescued a father and his 3-year-old son whose car plummeted off an Interstate 85 overpass into the river below.

ATLANTA - Crews have rescued a father and his 3-year-old son whose car plummeted off an Interstate 85 overpass into the river below in Atlanta.

Officials tell FOX 5 the crash happened on northbound lanes of I-85 on the flyover to Langford Parkway between State Route 166 and the I-75/I-85 connector.

According to reports, the driver lost control of the vehicle for an unknown reason and rolled off the highway into the South River, trapping him and his son inside his SUV.

Police say the first call reporting the crash came in before 2:30 a.m., but rescue crews couldn't find the vehicle. 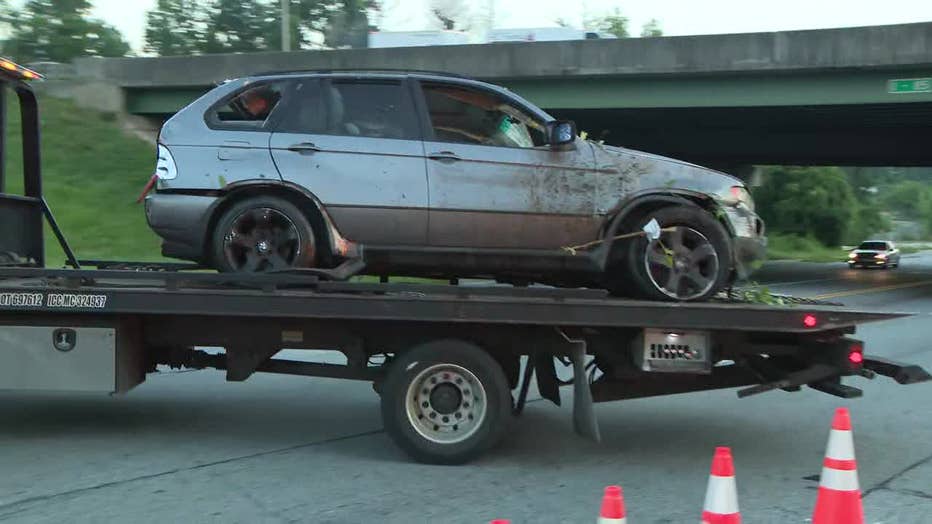 Hours later, officers returned to the area after hearing reports of shots fired. A responding HERO driver told FOX 5 that the man fired his personal weapon to alert law enforcement of his location.

Crews were able to successfully free the two people trapped inside. Thankfully, neither the man nor the boy were injured in the crash.

The crash caused shutdowns and major delays on I-85 while crews attempted to remove the vehicle from the river. The crash has since been cleared.