But his family was not ready to say goodbye. They took the hospital to court to give their son a chance. On Wednesday the family got the news they had hoped for, finding a new hospital for him.

New hope for family with son on life support

Doctors at CS Mott Children's Hospital in Ann Arbor declared him brain dead, ready to take him off life support.

"This is what we have been praying for," said Sarah Jones, the boy's mother.

It is the first time Jones said she has smiled in more than two weeks since her son Bobby had a severe asthma attack.

"He told me to call 911 and Bobby doesn't complain so I knew it was serious and I took him to the firehouse and they didn't answer the door," she said. "I was banging and screaming and he got out the car and he fell - and that's when I did the CPR and he got life-flighted [to Mott]."

Doctors at CS Mott Children's Hospital in Ann Arbor declared him brain dead, ready to take him off life support.

"I felt in my gut it's not right I won't accept it and we didn't," Jones said. They took the hospital to court to buy time.

"Friday would have been the day that they terminate his care, they would have pulled the plug Friday," Jones said.

Friday was also the deadline given by a judge to find another hospital for Bobby.

"I have called everywhere and we have been getting told no," she said.

Then a "yes" came on Wednesday from Allegiant Hospital in Phoenix, Arizona.

"Thank you so much for giving my son a chance, because his life matters and he's worth it," Jones said.

A spokesperson with CS Mott told FOX 2 that staff follows the Michigan Law on determining brain death and they exhaust every option to help critically ill patients.

"This is not that abnormal of a situation," said William Amadeo.

Amadeo is an attorney handling the case pro bono. He says the predicament is more common than even he knew.

"If your child's life is on the line you should at least seek a second opinion," he said. "As far as the law goes, once that opinion is out there, there is no hope. You have to fight for that second opinion and that's what this family did." 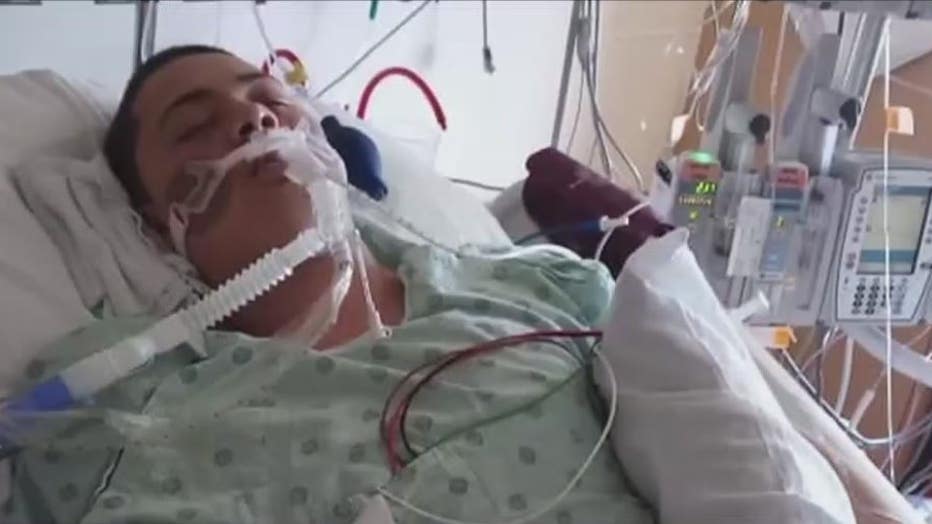 They are hoping to move Bobby to Phoenix by early next week.  Mom will go with him first, then they will decide when his four siblings and father will come down.

"Depending on how long it takes for him to get better, I will move the family out there if I have to," Jones said. "Because where (Bobby) is, is home."

Jones says that Bobby's heart rate is stronger, his breathing is stronger and his liver enzymes are improving.

Mott is helping the family facilitate that transfer to Phoenix. As you can imagine, the cost of all of this even with insurance continues to rise. The family says they are relying on friends and family and a fundraising page here.