ATLANTA - A whistleblower says the United States Postal Service was unable to send some ballots for the August run-off to citizens trying to vote by absentee ballot.

And database voting records examined by the FOX 5 I-Team show thousands of Georgians filed complaints with voting officials saying they never received their absentee ballot. Many of those people never voted.

It has been called sacred, a privilege, and the most powerful weapon in every citizen's arsenal. Your vote. And, in these pandemic times, long wait lines and fears of a new virus have people turning to mail to cast their vote.

So imagine our surprise when someone inside a local post office sent us a picture of absentee ballots. They were ready to be mailed to citizens. Then, those people could pick their candidates and mail in their votes. But the picture was taken on Aug. 12. The day after the election. The ballots were worthless. 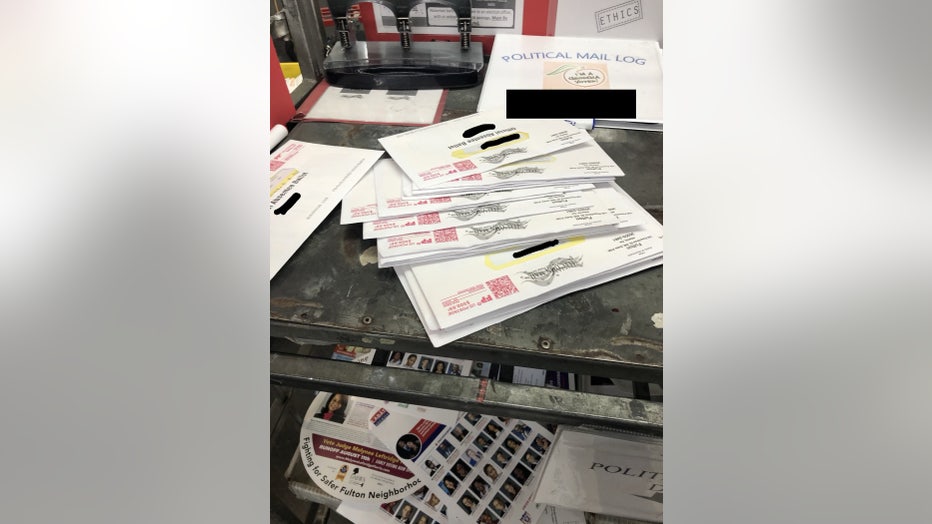 Sabir Brown was stunned when we told her what we saw. Our whistleblower said the postal processing plant, which sorts the mail for carriers, didn't drop off the ballots to be mailed out until the election was over.

"(It sounds like the slowdown came in the processing part) because the machines are missing," said Sabir Brown.

Sabir Brown says when U.S. Postmaster General Louis DeJoy ordered mail sorting machines to be taken out of post offices across the country it slowed down the delivery of mail. Including ballots.

"That's too many (ballots). So one is too many," said Sabir Brown. 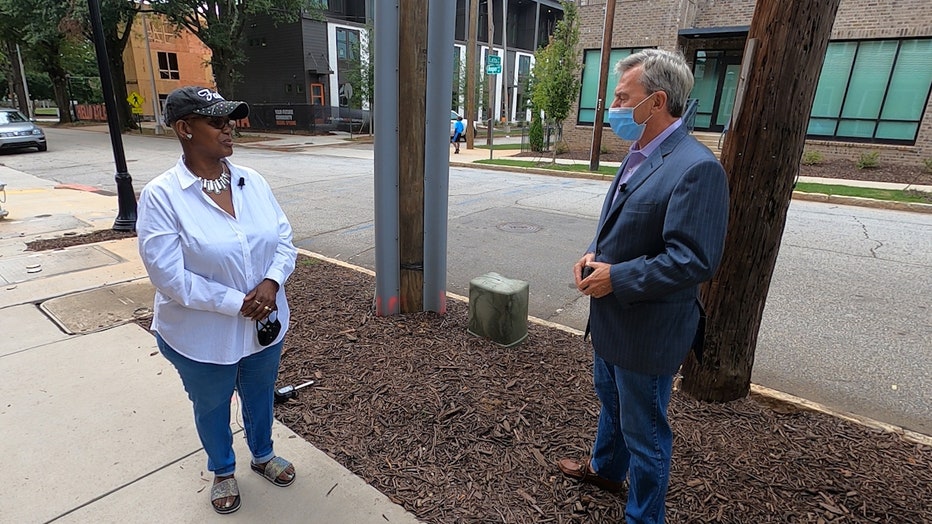 "Our voice; everybody has a voice and everybody's voice should be heard. You know that was my voice that was missed." Lynda Brown

One of those ballots was meant for Lynda Brown.

We could read her name on one of the envelopes in the picture. She applied for an absentee ballot and checked her mail religiously. Her ballot never came. A friend took her to vote on the day of the election, but the polls had just closed.

"Very frustrating. Because you know, our voice, everybody has a voice and everybody's voice should be heard. You know that was my voice that was missed," said Brown.

We wondered how many voices were silenced. The only way to know how many runoff ballots weren't delivered statewide is if voters complain. Not everyone files a complaint, but some did. Nearly 3,000 of them. Database records tell the story: some ended up voting in person, but others never cast a vote.

It happened twice for Matthew and Samantha Britton

"I'm high-risk and we are taking a lot of precautions," said Samantha Britton.

The Brittons' voting record showed they requested their June primary ballot weeks ahead of time by email. When their ballots didn't appear, they mailed in an application. They didn't get their ballot until Friday before the Tuesday election. They mailed it on Saturday, hoping it would be in time. It wasn't.

Then the run-off.  Voting records show the Brittons requested an absentee ballot on Aug. 7 for the Aug. 11 election. They never got a ballot.

On voting day, their conflicting work schedules while caring for their daughter and the hours-long lines and fear of COVID kept them from voting in person.

"I feel upset that I didn't get the chance to vote in like the way that was supposed to be like legally available and easy and I thought I did everything right as far as I know, and yeah, I'm pretty upset about that," said Matthew Britton.

And they were even more upset when we showed them the picture of the uncast ballots, gathering dust on a postal work table. Our whistleblower wrote to us to say that along with ballots - political election mail never made it to voters on time.

"I personally witnessed carriers searching through piles and piles of mail just to try and get the ballots to residents the day of the election."

"What the hell is happening at the Post Office. Like, in general, our mail is really reliable. How could something that is so important end up sitting on a table not moving?" asked Samantha Britton.

We took our findings to the U.S. Postal service and they said they are looking into what happened.