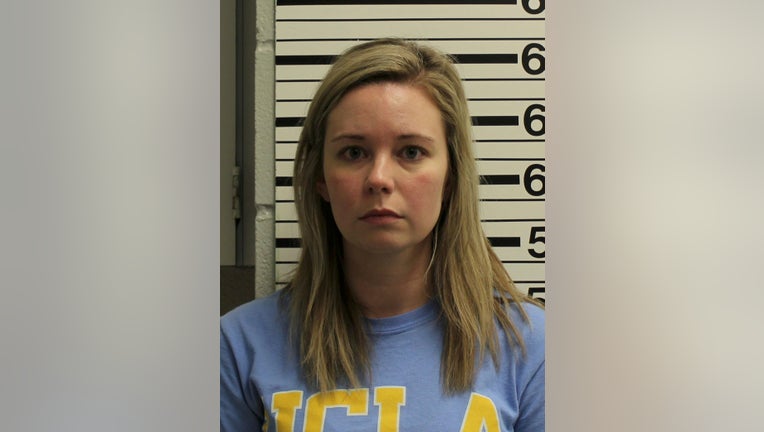 TOMBALL, Texas - A former Tomball teacher has been arrested and charged for having an inappropriate sexual relationship with one of her students. The woman was a former teacher at Tomball Intermediate, a school for 5th and 6th graders.

Authorities arrested 31-year-old Marka Lee Bodine on Saturday, charging her with continuous sexual abuse of a child, under the age of 14.

Bodine was arrested and booked into Harris County Jail, but court records indicate Bodine has made bond, which was set at $100,000.

FOR THE LATEST NEWS UPDATES, DOWNLOAD THE FOX 26 NEWS APP

Bert said the investigation began last Monday, after one of Bodine’s former students called police and complained of an ongoing, inappropriate sexual relationship with his former teacher at Tomball Intermediate.

"Most of the investigation indicates it's been about two and a half to three years. Both social media, text, and other forms of evidence. And it does appear that this is one of those cases where grooming of the child was involved, in other words, getting the person to be feel trusted initially. Our big concern from the police department right now is to ensure that we have all the evidence of this case, but to ensure that there's no other children involved," Bert said.

According to FOX 26’s legal analyst Chris Tritico, "continuous sexual abuse of a child" is an enhanced first-degree felony charge.

If convicted, Bodine could face a stricter minimum punishment, with no parole.

"That's a first-degree felony offense but it's a hybrid, if you will, because the minimum punishment is 25 years in prison; and that's up from a regular first-degree felony which would be 10 years in prison. The jury doesn't have to have a unanimous verdict on the dates of the sexual abuse, just unanimous that it occurred, and that seems to lessen the burden of proof for the state but that's what the law currently says," said Tritico.

In a statement, Tomball ISD said, "Tomball ISD is aware of an allegation of an inappropriate relationship isolated between a teacher and a former student who does not currently attend Tomball ISD schools.

"Once notified of the allegation, the district immediately began an administrative investigation. The employee was then placed on administrative leave, resigned, and is no longer employed with Tomball ISD.

"The Tomball Police Department along with Children’s Protective Services were notified immediately and are conducting independent investigations. Any and all employee misconduct allegations are taken seriously and are investigated thoroughly and promptly.

"The safety of our students in Tomball ISD is our number one priority and any substantiated allegations of employee misconduct will not be tolerated.  The district will be providing the appropriate social-emotional support to students and staff; we ask that the media and public respect the safety and privacy of the campus community."

Tomball Police urge anyone who has any information regarding this case, or concerns their child may also have been a victim, to call Detective David White with the Tomball Police Department.