BUTTS COUNTY, Ga. - Deputies in Butts County have captured an escaped inmate who fled from his work detail and was picked up by his girlfriend on Sunday.

Anthony Shepherd was at the Butts County Animal Control Facility on Bibb Station Road around 10 a.m. when deputies said he walked away and was picked up by his girlfriend Terri Marie Dixon. The two fled the scene beginning an 18-hour manhunt. 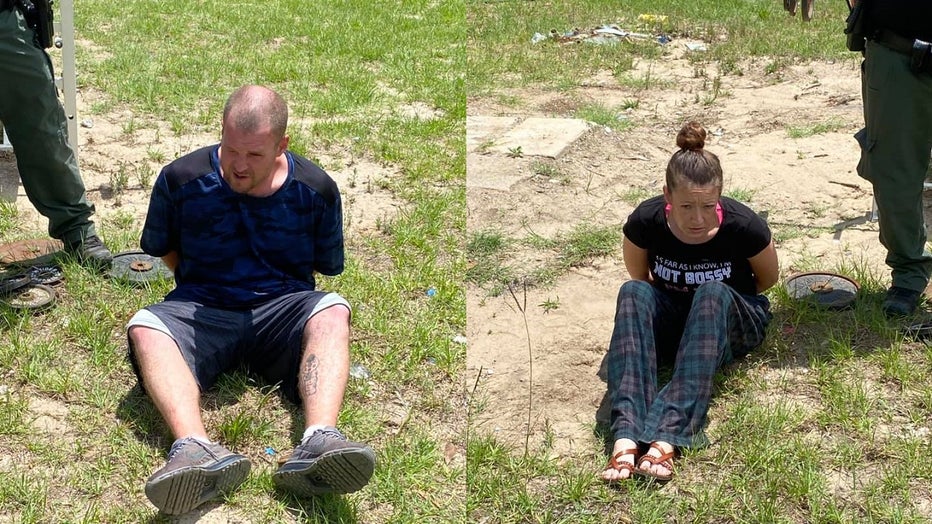 Deputies said Shepherd was driving the vehicle and attempted to run over the sheriff. Authorities were able to recover the car after a chase. She now faces charges for aggravated assault.

Monday morning, deputies were joined by troopers from the Georgia State Patrol and tracked down the pair to an abandoned home on Gamble Road in Macon.

“I am proud to say that the Citizens of Butts County truly have the best men and women in the State protecting and serving them every day,” Butts County Sheriff Gary Long wrote in a Facebook post. “To my staff, congratulations on a job well done! You all continue to amaze me with your hard work, dedication and relentless pursuit to see justice is served.”

As for Shepard, the sheriff wrote he hopes he receives one year in prison for each of the 28 hours he was at large.

“To the criminals, if you want to run from the men and women of the Butts County Sheriff’s Office go ahead, you will only go to jail tired,” the sheriff added.