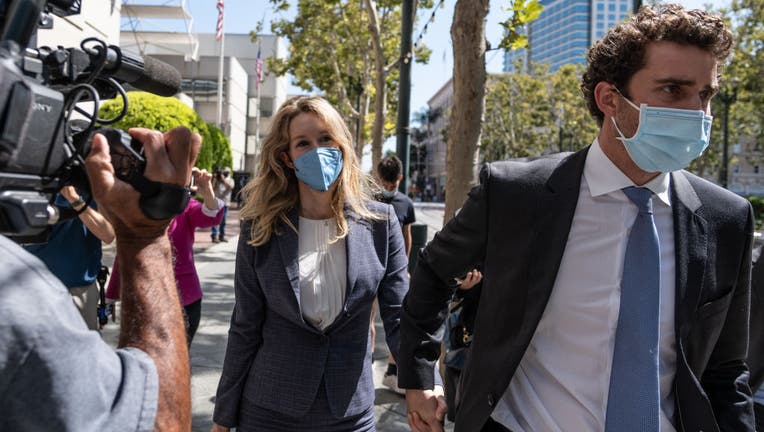 Elizabeth Holmes, founder of Theranos Inc., and husband Billy Evans exit federal court in San Jose, California, U.S., on Wednesday, Sept. 8, 2021. Holmes, 37, faces a dozen fraud and conspiracy counts that could send her to prison for as long as 20 y

Brittany Gould took the witness stand Tuesday, describing receiving faulty test results from Theranos in 2014 that indicated she was having a miscarriage.

The test turned out to be incorrect and Gould had her child after three earlier failed pregnancies.

Holmes is facing ten counts of fraud and two counts of conspiracy.

She has pleaded not guilty.

MORE: Woman testifies Theranos blood tests falsely told her she was having miscarriage

Follow below for live updates about the trial of Holmes from KTVU's Evan Sernoffsky who is reporting from federal court in San Jose. (Mobile users click here to follow the blog if it does not display below.)