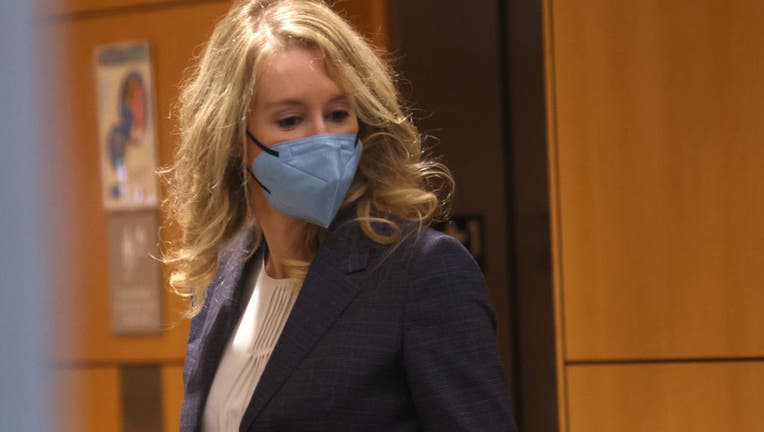 Theranos founder and former CEO Elizabeth Holmes goes through a security checkpoint as she arrives at the Robert F. Peckham Federal Building on December 17, 2021 in San Jose, California. (Photo by Justin Sullivan/Getty Images)

SAN JOSE, Calif. - Jurors in the Elizabeth Holmes case sat down for the first full day of deliberations Monday in the sensational federal fraud trial involving her former company Theranos.

The panel briefly gathered late Friday after being instructed by the judge following closing arguments from the defense and prosecution.

The jury has a daunting task ahead – with more than 900 exhibits and testimony from 32 witnesses -- and only three days of court time available before a scheduled federal holiday on Friday for Christmas Eve.

The overflow crowds that lined up in the pre-dawn hours for the seven days of Holmes testimony and closing arguments was substantially smaller on Monday morning.

Around two dozen members of the press and a small handful of spectators entered the San Jose federal courthouse in preparation of a verdict between 8:30 a.m. and 4 p.m. when the jury is scheduled to break for the day.

If necessary, the deliberations could drag on into the new year.

On Friday, defense attorney Kevin Downey summed up his case – attacking the prosecution’s motive, while attempting to explain away the nine counts of fraud and two counts of conspiracy in the indictment against Holmes. 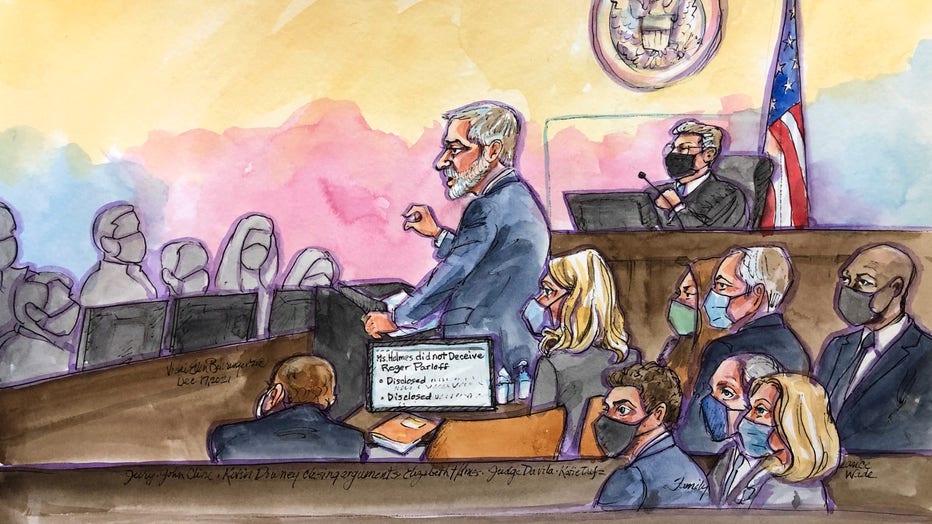 He stressed that Holmes never sold a penny of her stock and stayed with her failed blood testing company until the bitter end.

"You know at the first sign of trouble, crooks cash out, criminal cover up and rates flee a sinking ship – she did none of that," Downey said.

His impassioned plea to the jury was followed by a methodical rebuttal by Assistant United States Attorney John Bostic, who piece-by-piece rebutted the defense’s arguments.

Follow below for live updates about the trial of Holmes from KTVU's Evan Sernoffsky who is reporting from federal court in San Jose. (Mobile users click here to follow the blog if it does not display below.) 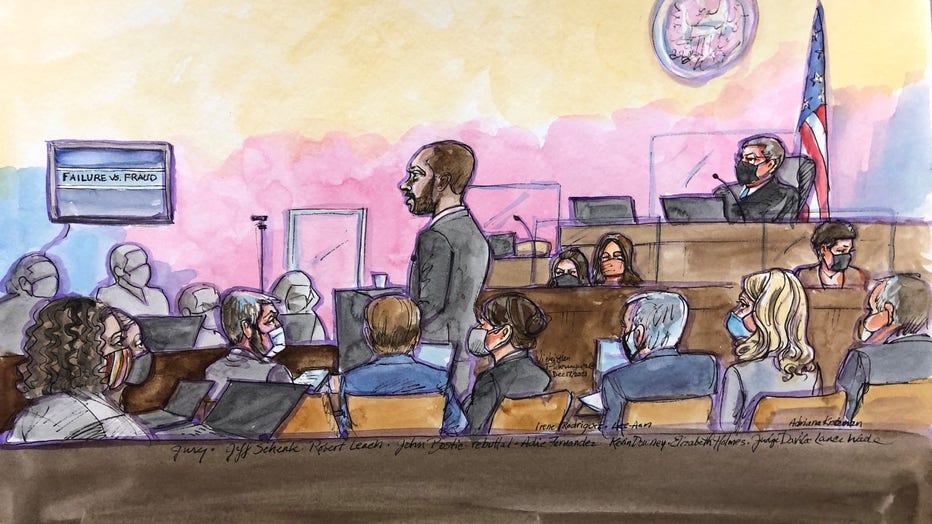 He described Holmes as a CEO who was hard up for cash and unwilling to let her fledgling company go under.

"We see a CEO of a company who was so desperate for the company to succeed and so afraid of failure that she was willing to do anything," Bostic said in his closing rebuttal.

Evan Sernoffsky is an investigative reporter for KTVU. Email Evan