East Point woman killed by a man she was trying to help, family says

21-year-old Dennishia Smith was shot and killed by a man her family says she was trying to help. Authorities say they arrested and charged Shelton Handspike with one count of murder.

EAST POINT, Ga. - East Point police have arrested a man on charges he shot and killed a woman, who according to her family was trying to help him.

Dennishia Smith was just 21-years-old. Her mother says she had fallen on hard times financially and asked a man who was living with her but not paying rent to move out. Police say he shot and killed her.

Dennishia's mother, Shaleeka Reid says there are no words to describe the pain that she is feeling after learning that a man her daughter was trying to help allegedly shot and killed her on Tuesday at her East Point apartment.

"I feel like someone snatched my soul out of my body," she told FOX 5. 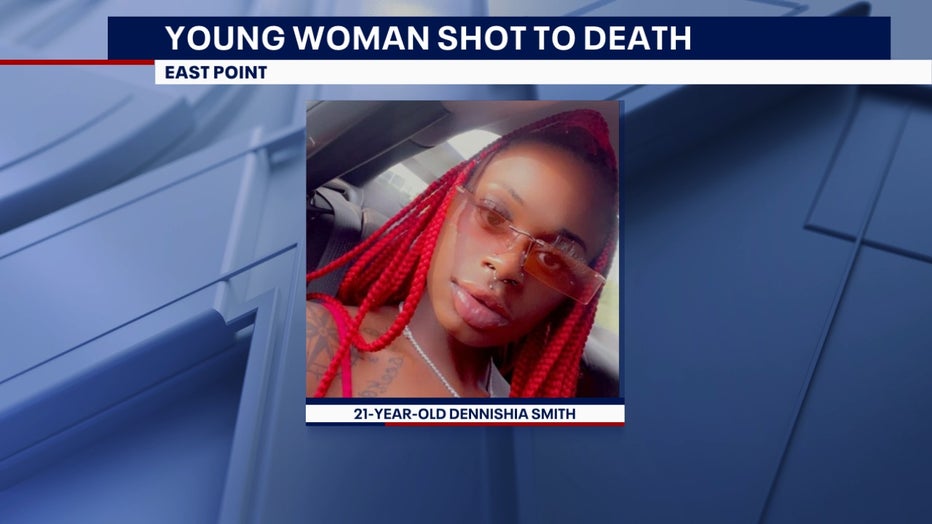 Reid says Shelton Handspike got angry about being told to move out and grabbed a gun from another woman who was in the apartment. She says the two were not romantically involved. She says Dennishia tried to fight back, but Handspike overpowered her.

"She was looking out for him until he got on his feet. She thought he was her friend and he killed her," she said. "He murdered, slaughtered my child."

This is a case where authorities say better conflict-resolution skills could have made a huge difference. East Point police say Handspike is charged with one count of murder.