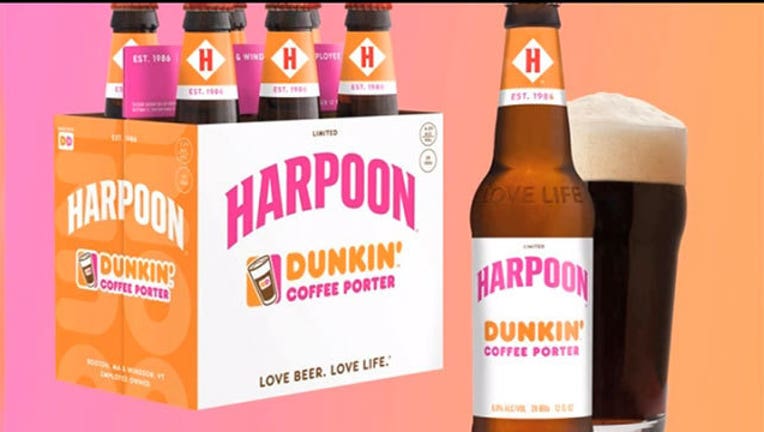 NEW YORK (FOX5NY) - Dunkin' has a new kind of cold brew on tap.  The company is partnering with Boston-based Harpoon Brewery to make the beer called Dunkin' Coffee Porter.

The beer is made with Dunkin's espresso-blend coffee.  Harpoon says the Dunkin' coffee brings robust, "roasty" notes to the coffee porter.

It will be available across the eastern United States for sale in 6-pack bottles.  Harpoon will also serve it on tap at its Windsor, Vt. and Boston breweries.