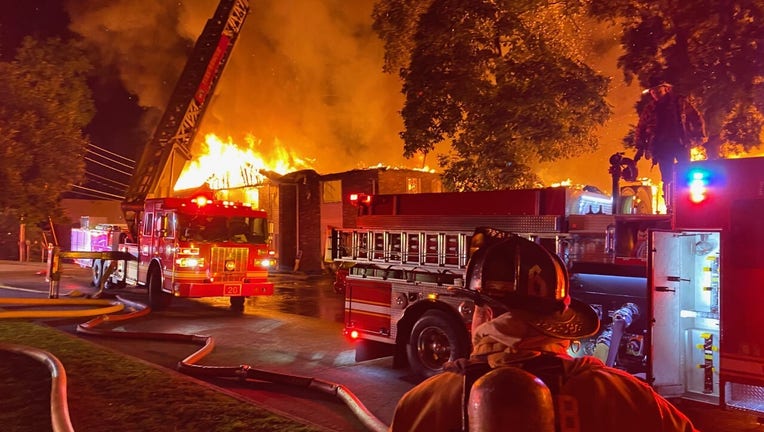 DEKALB COUNTY, Ga. - The Red Cross is assisting close to 40 people after a massive fire ripped through a several apartment buildings overnight in DeKalb County.

DeKalb County Fire Rescue says they received a call around 2 a.m. about the blaze off of Columbia Drive. When crews arrived, they say they saw people jumping  off the second story for safety.

Eight people were injured, four of which had to be taken to the hospital, according to officials.

The Red Cross tells FOX 5 they are helping 36 people who have been displaced. 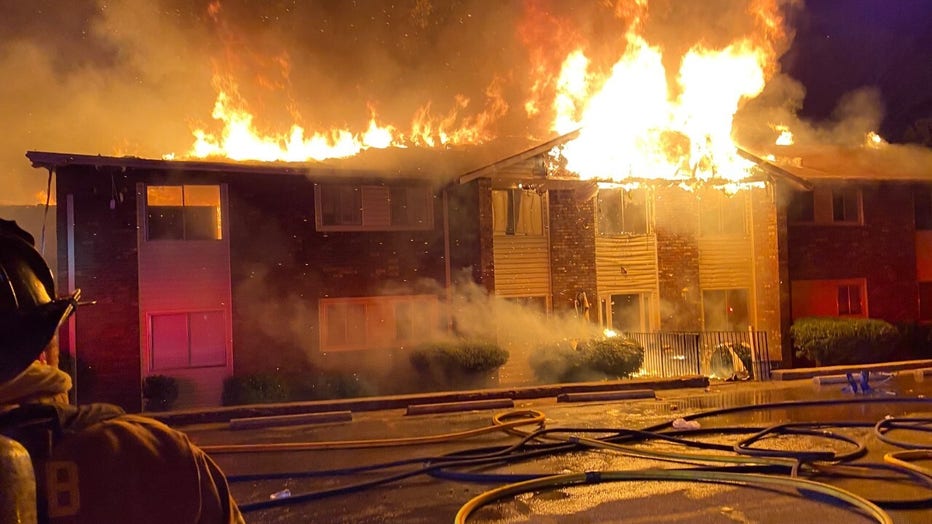 Multiple buildings appeared to be engulfed in flame. 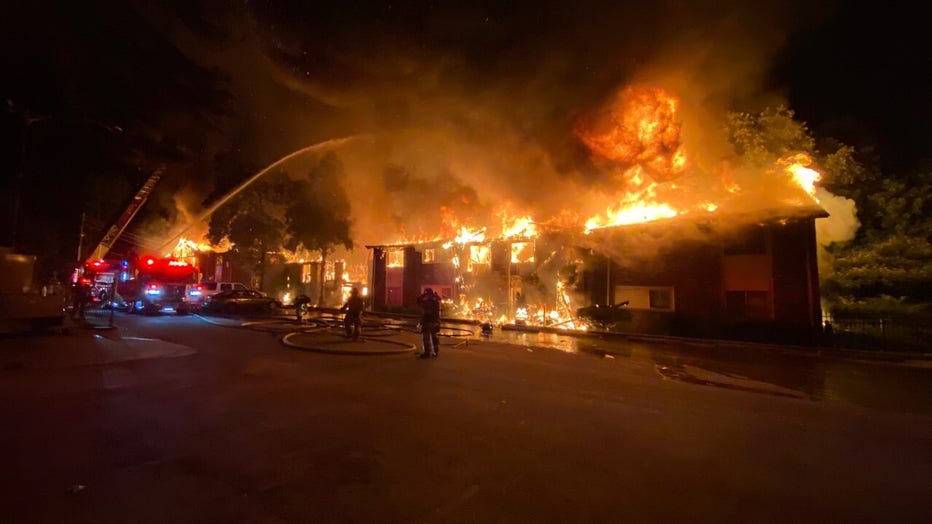