Roads were left flooded for several hours after Hurricane Sally made its way through Metro Atlanta. 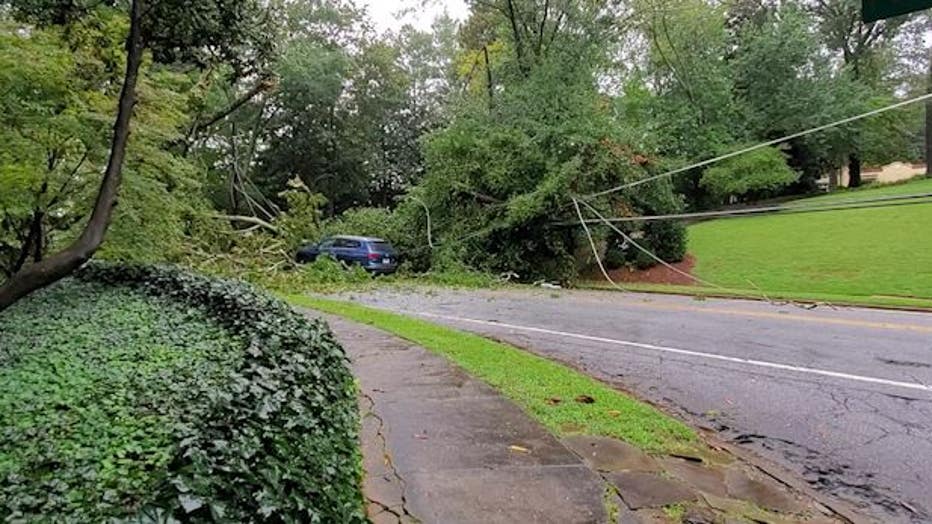 "A lot of it has already gone down. Where I'm standing right now was underwater," Tribble explained. (basement)

Water from the storm seeped through overnight.

"I've got a little dehumidifier over there that will be working 24/7 for a while. You can see we had to pile up stuff in the middle of the night so that it didn’t get messed up," he explained to FOX 5's Brian Hill.

While the water in Tribbles’ basement receded quickly, the standing water in front of his home turned Woodward Way near Oldfield Road, into a river.

As the water continued to rise, likely from Peachtree Creek near Atlanta Memorial Park, people rushed to save their cars early Thursday morning.

"If we kept our cars in our driveway, they would be gone basically," Freddie Hutton explained after walking through several inches of floodwater to reach his car.

SEE ALSO: Sally weakens to a Post-Tropical Cyclone as it moves through north Georgia

However, flooding was not the only cause for concern.

A tree fell on the car, knocking down power lines along Peachtree Battle Avenue near Havenridge Drive.

"It looks like everyone is totally safe," Molly Mcgonigle, who was out checking on her friends, said. "I know it's definitely affected the neighborhood."

While people said this is a headache, they said it is expected when living near the water.

"I hate to say this but you kind of get used to it," Tribble described.

Thankfully, no injuries or deaths were reported in this area.