Sally continues to weaken as it picks up speed over Georgia after hitting the Gulf Coast as a Category 2 hurricane. The remnants of Sally are expected to bring widespread flooding and severe weather to the Carolina's, but the worst is behind us in north Georgia. 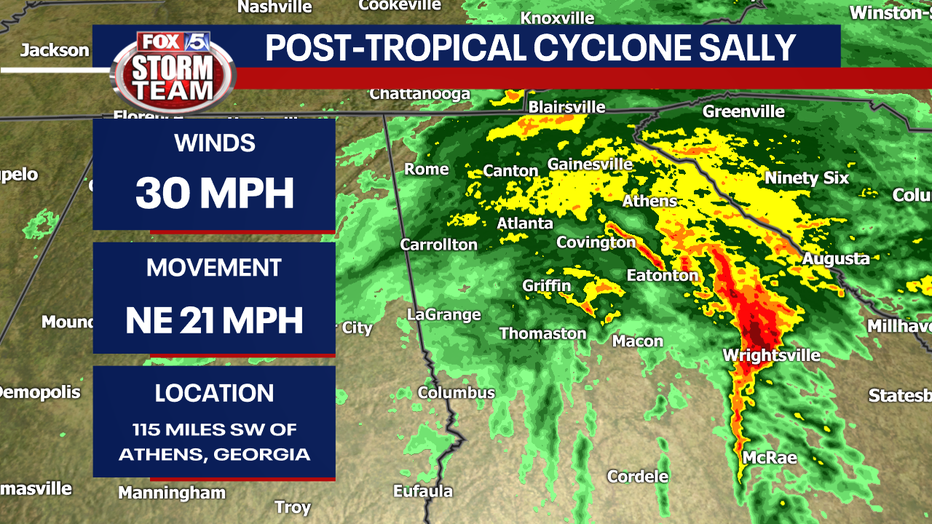 As of 11 a.m., Sally was centered about 115 miles southwest of Athen, Georgia and is moving northeast at 21 mph.

Several neighborhoods in our area received over 5 inches of rain from Sally while the Atlanta has set a record for the most precipitation on Sept. 17. At this time, the official amount of rain is still climbing, but it has already exceeded the previous daily record of 2.74 inches from 1971. 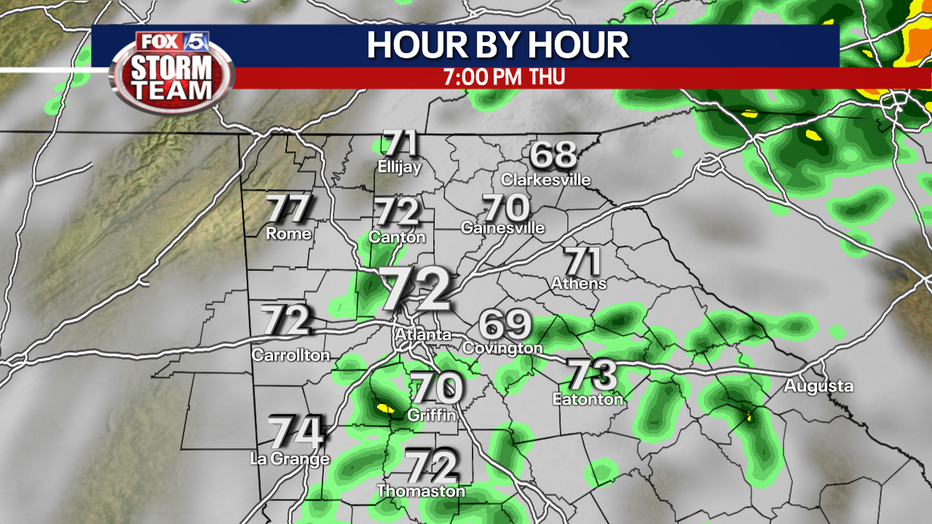 We will continue to see improving weather conditions the rest of Thursday, but it will still remain breezy with lingering nuisance showers. 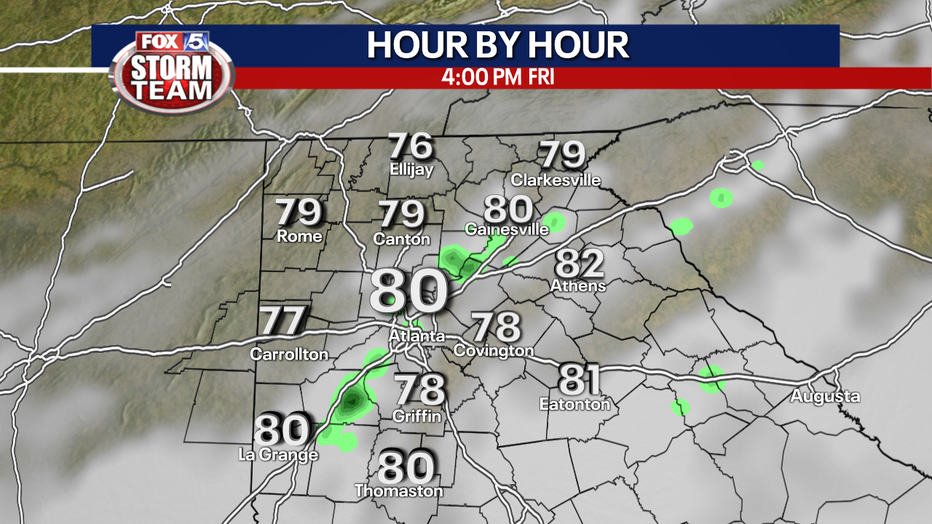 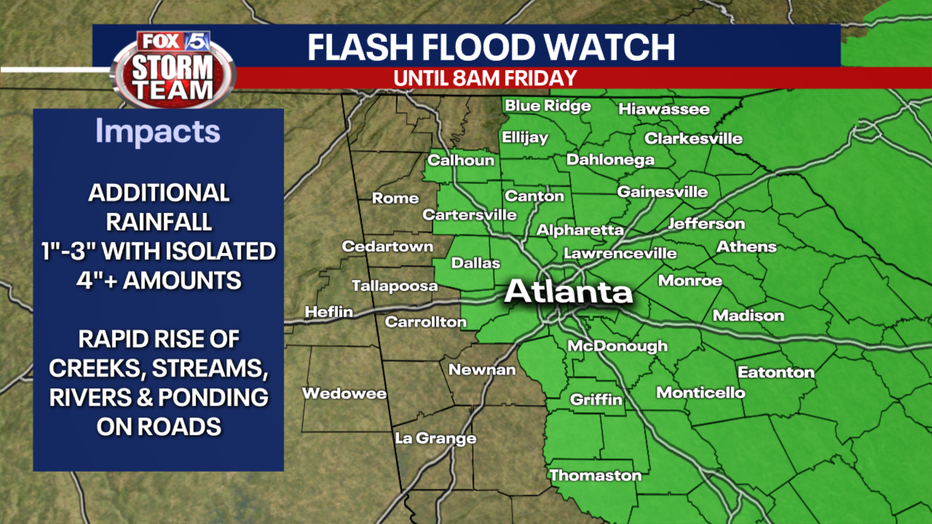 As of 11 a.m. Thursday, Georgia EMCs are reporting about 6,200 outages across the state. Georgia Power reported over 24,000 customers affected by outages.

A fallen tree is blocking all lanes of Brockett Road near Lawrenceville Highway in Tucker.

Runoff associated with the heavy rains could produce flash flooding and river flooding.

The storm caused major delays due to flooding and fallen trees.

In central Georgia, Robins Air Force Base closed one of its entrances Thursday morning due to flooding. In a Facebook post, the base said it would delay the start of the workday for some employees.

Authorities have warned that rain from the storm could swell eight waterways in Florida and Alabama to record levels.

Remember to never drive through areas where water is covering the road. Turn around, don't drown!

Flooding is expected across Georgia as Sally brings heavy rain and winds to the state.

Sally is the earliest 18th named storm in a busy tropical season, beating Stan, which formed on Oct. 2, 2006.

The FOX 5 Storm Team will be monitoring the latest on Sally throughout the week, and bring you new details as they become available.