COBB COUNTY, Ga - A salute to healthcare workers, from the air.  Dobbins Air Reserve Base flew two C-130's over 8 hospitals Thursday evening.  The mission was called the "America Strong Flyover".

"We wanted to show the frontline responders and healthcare workers that we appreciate what they're doing," said Major Aaron Brown with the 94th Airlift Wing.

Major Brown helped plan the flyover that looped around 8 hospitals from Kennesaw to Canton to Jasper to Dalton to Rome to Cartersville to Hiram and back to Dobbins Air Reserve Base.

"They're putting their health at risk to do a job for us the local community, we wanted to let them know we're proud of them," said Maj. Brown. 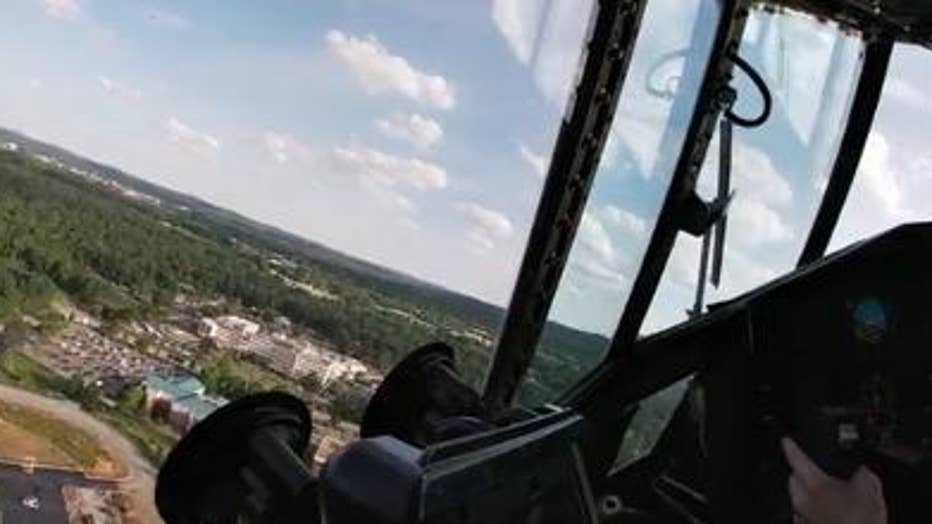 Healthcare workers stood outside Kennestone Hospital and on rooftops to get a glimpse of the huge military transport planes as they flew overhead.

"It's nice to see everyone showing their appreciation," said one nurse.

A small group of healthcare workers standing together with phones in hand ready to take pictures and video of the tribute said all the appreciation people have shown them during the pandemic has been amazing.  They admit some days have been harder than others, but they say they're just doing their jobs.

"Just gotta do what you gotta do to take care of everybody you can," said one nurse. 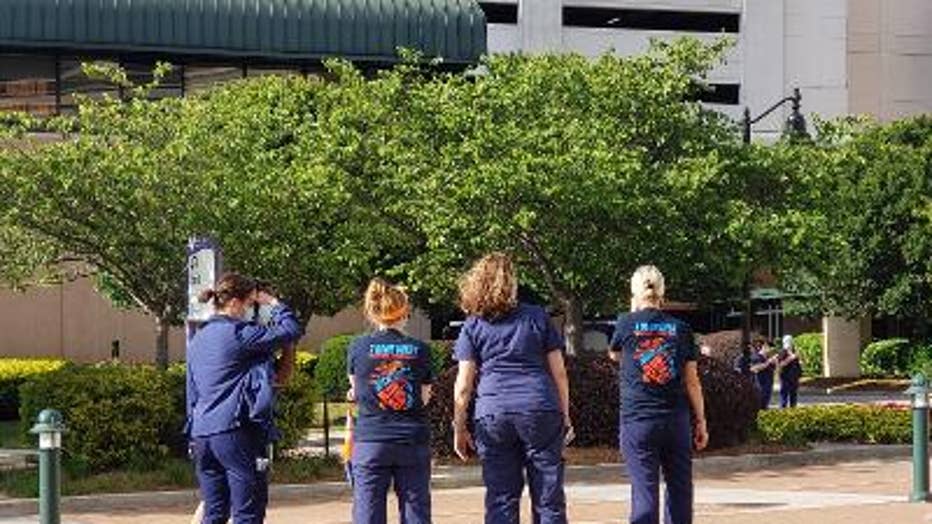 The C-130's flew about a thousand feet above the hospitals at 200 miles an hour in their salute to those on the front lines.

"It's awesome all the caretakers appreciate it, it's a good thing to see," said Vicki Dodge who was at Kennestone picking up her father, Robert Hightower.  He used to assemble C-130's when he worked at Lockheed.

"One of my favorite planes.  It's great that they recognize people who help other people like that," said Robert Hightower. 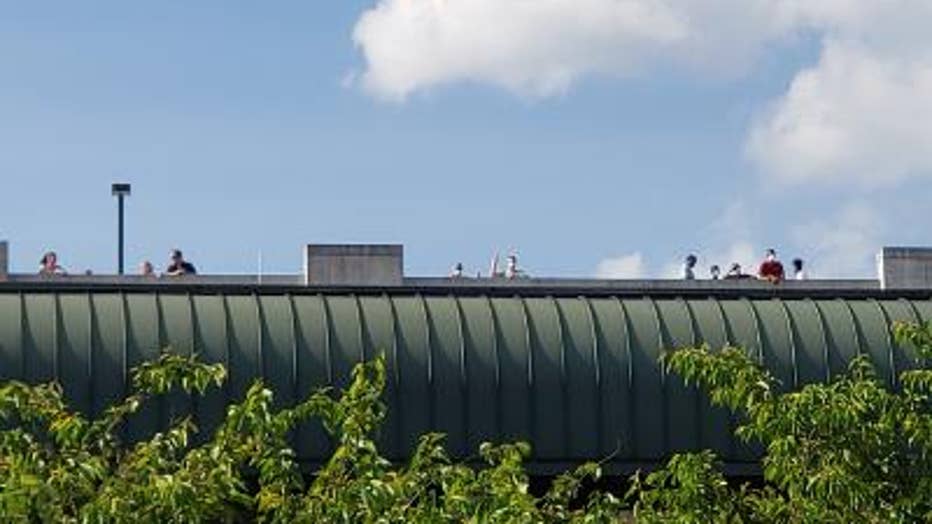 A recognition that was a sight to see and is well deserved.

"We really do appreciate all the work people are doing on the frontlines for the community and to keep us safe and we're really proud of them and want them to know to keep up the good work," said Maj. Brown.